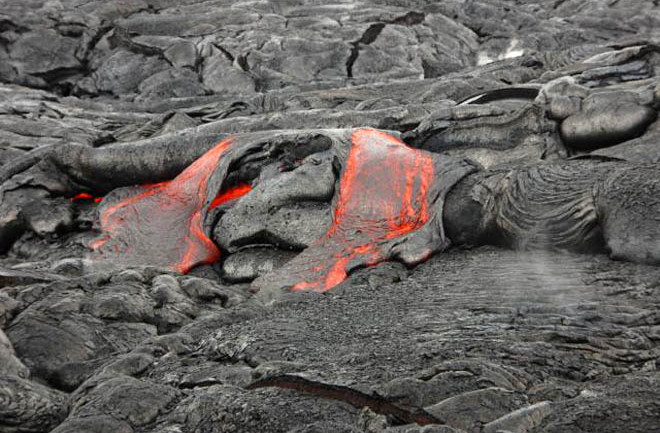 Lava from an East Rift Zone breakout on Kilauea, taken by Erik Klemetti on March 12, 2013. Quick update on my whereabouts -- I did, in fact, make it back from Hawaii. However, somewhere along the way my sinuses got a nasty infection so I am effectively out of commission. Now, they've put me on all sorts of fun things, so hopefully I'll be back later this week. In the meantime, here's nice shot of some lava from Hawaii I took last week - a teaser for my real post on the trip.