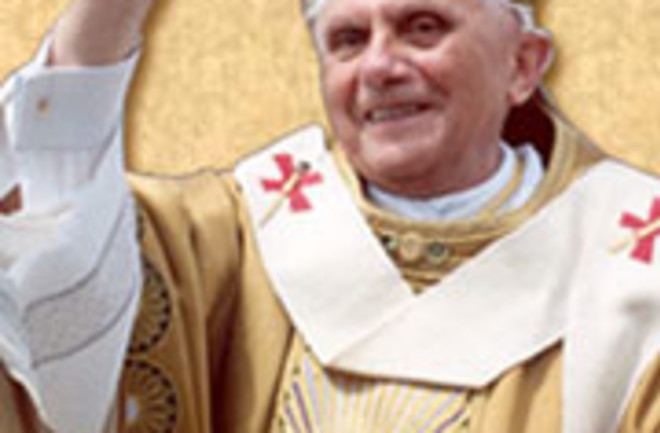 Are You a Vatican, Or a Vatican't? If you're Pope Benedict XVI, the answer is clear. The 81-year-old Pope has shown no fear or hesitation when it comes to voicing his view on modern issues and embracing technology, culminating in the rather stunning announcement that His Holiness has now created his very own YouTube channel. According to the AP:

"The Vatican said it was launching the channel to broaden Benedict's audience while also giving the Holy See better control over the papal image online."

Nice to know his Holiness is as worried about his online reputation as the rest of us. The channel will be updated daily and include clips of papal news items, with content produced by the Vatican's television station, CTV (not to be confused with the other CTV, which produces plenty of non-Pope-approved material). The clips will be broadcast in Italian, German, English, and Spanish. To top off his technological embrace, Benedict also gave social networking sites like Facebook and MySpace his official blessing, calling them a "gift to humanity" in their ability to foster friendships and connections. Of course, all this Internet love doesn't come without a caveat:

But Benedict also warned that virtual socializing had its risks, saying "obsessive" online networking could isolate people from real social interaction and broaden the digital divide by further marginalizing people.