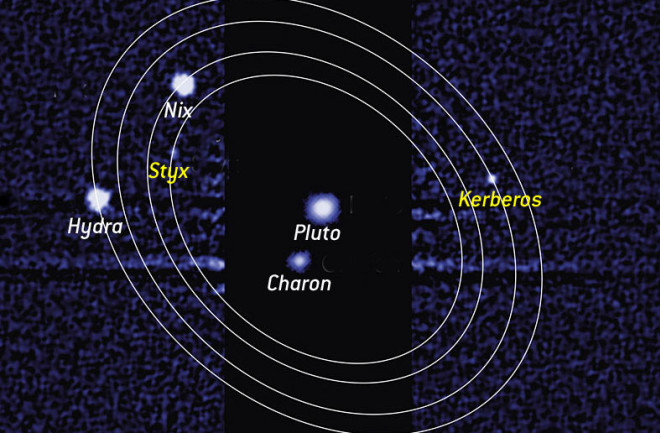 Pluto's five moons, including recently discovered Kerberos and Styx, all have names relating to the underworld from classical mythology. | NASA, ESA and M. Showalter (SETI Institute)

The International Astronomical Union (IAU) gave Pluto two more underworld companions in 2013. The ex-planet’s moons P4 and P5, discovered in 2011 and 2012 and both less than 25 miles wide, are now officially known as Kerberos, after the mythological multiheaded “hellhound” that guards the gates of Hades, and Styx, after the goddess who watches over the underworld river of the same name. The IAU, perhaps seeking to improve its reputation after demoting Pluto to a dwarf planet, chose the names based on a 2013 Internet poll.

[This article originally appeared in print as "Pluto's Crowd-Sourced Moons."]