Photo: Comet Hartley 2 Travels With a Posse of Snowballs 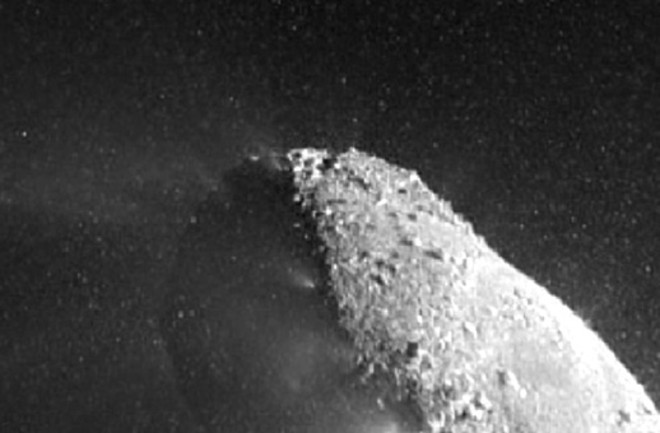 Phil Plait has the report on NASA's latest pictures from the flyby of Hartley 2, which reveal that the comet is surrounded by a blizzard of snow and ice:

Wow! Most of those dots are not stars: they are actual snowballs, frozen matter that has been ejected by the comet itself! They range in size from a few centimeters to a few dozen across, so they really are about the size of snowballs you’d use in a snowball fight… or to make a snowman. But I wouldn’t recommend it: a lot of that material is not frozen water, it’s actually frozen carbon dioxide, or dry ice.

80beats: Holy Hartley 2! What to Know About NASA’s Comet Flyby