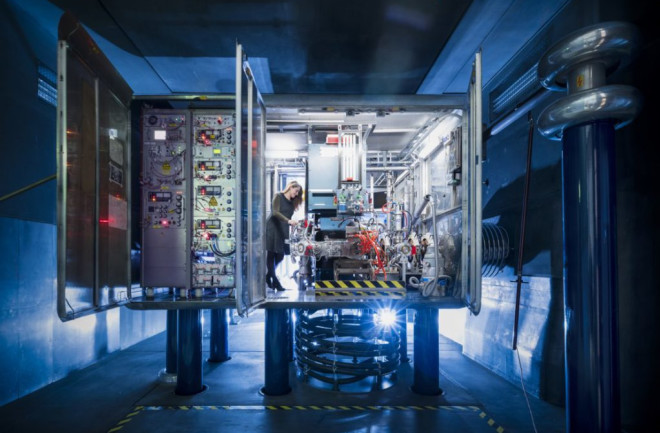 NASA astronaut Scott Kelly spent a year in space while scientists monitored changes in his body, as well as that of his twin, Mark Kelly, who remained on the ground. Kelly came back to Earth in good shape, the experiment showed. And, some Russian cosmonauts have also spent even longer than Kelly in space without obvious long term ill effect from the low gravity or increased radiation exposure.

But humans ultimately want to venture far beyond Earth. And, so far, all long-term human spaceflight experiments have happened on space stations that orbit within Earth’s protective magnetic field, providing shielding from the highest-energy radiation. To travel to Mars, we’ll need to be prepared for an entirely different environment.

The longest Apollo trips to the the moon lasted less than two weeks. A journey to Mars and back would take months, if not years. And NASA’s latest plans for the moon would have humans stay there perhaps months.

That’s pushed researchers to get creative in testing human radiation tolerances. If they can’t experiment outside of Earth’s natural radiation shields, there are still places on Earth where scientists are already making their own high-energy radiation: particle accelerators. And the insights researchers are learning there could decide whether living off-world is a realistic goal in the next few decades.

By smashing heavy particles together at high speeds, scientists can create a slurry of particles that are similar in energy to cosmic ray events. A few labs are already performing such work, including Brookhaven National Laboratory in the United States and the GSI Helmholtz Centre for Heavy Ion Research in Germany. And while the doses are still higher than what humans would sustain in space, it’s the only practical way to test cosmic ray behavior on Earth in a controlled fashion.

And whether the radiation is low or high dose is less relevant to simple materials. That’s letting researchers test what kinds of substances block radiation, since these outcomes only rely on the type of radiation.

How Much Radiation is Too Much?

Another concern is radiation from the sun. While more numerous, these are simple protons; it’s like a BB bullet compared to a cosmic ray cannonball. This radiation can damage cells and genetic material, but they’re much easier to shield against, and only become truly dangerous during solar storms. And with technology already available today, solar scientists can see these events coming far enough in advance to give at least a few minutes of warning to take shelter for space farers on the moon, Mars, or in a space station.

Yet for any type of radiation, it’s still difficult for scientists to predict what makes a truly dangerous dose. Horrific real-world events like Hiroshima, Nagasaki, and various nuclear power accidents have proven that high radiation doses in a short period are deadly. But what if that same dose is spread out over a year? Three years? Five? A lifetime? Scientists still don’t know. The simple tests that would tell them are impossible to perform for ethical reasons, and difficult to synthesize using tissue or cell samples, since radiation can affect different biological systems – the brain, cardiovascular, or reproductive organs – in different ways.

“The problem with radiation,” says Marco Durante, director of the Biophysics Department at Germany’s GSI, “is we don’t know the risk very well.” The tests they run are based on cell or tissue samples, or, at best, animals like mice. They also usually bombard their test subjects with lots of high-energy radiation all at once. “First you have to extrapolate to humans, and then low dose rate, and then to space,” Durante says. “And there are not very effective countermeasures. There’s no magic drug that can save you from radiation effects.”

So even though researchers can perform biology tests with particle accelerators, the results are tricky to interpret and apply to humans in situations that are likely to be realized within the next decade.

Durante wants future experiments to at least test the effects of high-energy, low-dose radiation on samples by keeping them in the room, for example, but not directly in the beam of the particle accelerator. But the labs, built for cutting edge physics research, aren’t set up that way, and those experiments haven’t happened yet.

What is testable is how to block radiation. And this is where the research can provide more straightforward conclusions.

Durante says that materials with lots of hydrogen prove to be good shields. Polyethylene, a simple and ubiquitous type of plastic, shields well, as does a substance called lithium hydride. Both are also extremely lightweight, a necessity in space travel, where lifting something above Earth’s atmosphere is expensive. The problem is that both of these compounds are flammable, a big no-no in space travel. Aluminum, while much heavier, is still preferred because it won’t catch fire.

To build the next generation of better-shielded, lightweight spacecraft, engineers will have to figure out how to safely enclose the shielding material inside something airtight and inflammable.

Once on solid ground again, like the moon or Mars, more options become available. Tunneling underground provides a cheap and easy shield underneath the regolith. Or, Durante points out, if Mars has more substantial stores of water, an igloo would be the perfect shield. Water is excellent at blocking radiation.

Until scientists can find a way to test the safe limits of long-term radiation exposure on humans, shielding may be our only option.