posted by Sheril R. Kirshenbaum Have you heard of OCEANS-21 (H.R. 21) The Oceans Conservation, Education, and National Strategy for the 21st Century Act? 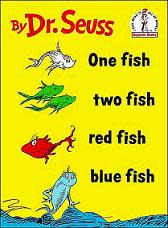 Rep. Sam Farr introduced this Big Oceans Bill in January aka the 'ocean health' bill. With 50 cosponsors, it's building momentum in the House and over 20 members have signed on in just the last 6 weeks. For those outside the political tinderbox, what does this mean? OCEANS-21 would become the first national oceans policy if passed. It would strengthen NOAA, promote ecosystem-based management, enhance education, information collection, and citizen involvement, and establish an Oceans and Great Lakes Conservation Trust Fund. Good stuff! Of course, as we all recognize, it's difficult to predict what will happen. But just think.. the folks who make decisions are thinking and talking ocean policy.. and it's about time. After all, we are more literally planet ocean than planet earth.