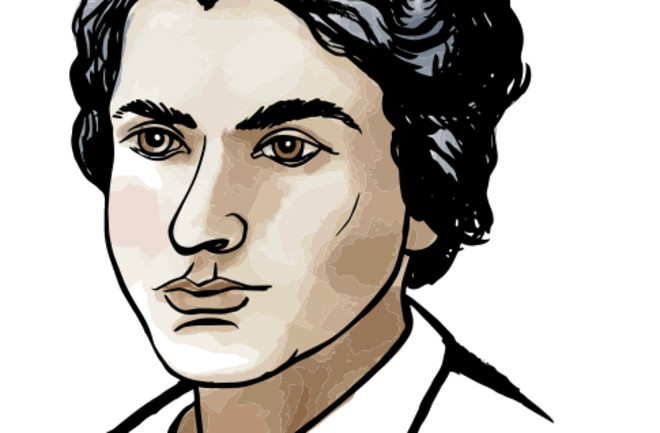 AlbertEinstein, Marie Curie, Alexander Fleming are all well-known Nobel Prize winners. Others, like Neils Bohr and Werner Heisenberg — although not necessarily household names —were equally important. In a bit of pop culture, there was a nod to the pioneering quantum mechanics physicist Heisenberg when the character of Walter White in Breaking Bad took Heisenberg’s moniker as his alter ego. As of 2021, there have been a total of 943 Nobel Prizes winners. But it’s been argued that there have been others who deserved a Nobel Prize for their work, yet were overlooked. These are five scientists who had a significant impact on the world, yet were snubbed by the Nobel Committee.

In 1952, British chemist Rosalind Franklin used X-ray diffraction to identify the structure of DNA. This led to the discovery of DNA’s double helix. She was not credited for her contribution to the field of DNA research. Instead, three other scientists — Francis Harry Compton Crick, James Dewey Watson and Maurice Hugh Frederick Wilkins — won the 1962 Nobel Prize in Medicine and were recognized “for their discoveries concerning the molecular structure of nucleic acids and its significance for information transfer in living material,” according to the award summary. Although they were also DNA pioneers, Franklin was integral to the discovery. She went on to research the poliovirus, but sadly died of ovarian cancer at only 37. Her collaborators, Aaron Klug and John Finch, dedicated the paper they published to her memory — and Klug later won the 1982 Nobel Prize in Chemistry for his work on virus structure.

In 1869, Russian chemist Dmitri Mendeleev developed the periodic table of elements. He discovered that when arranged by atomic weight, a recurring pattern occurred within elemental groups. Prescient in his thinking, he left spaces in his design for future elemental discoveries to be placed. Interestingly, while he was working on his principles, the answer came to him in a dream. “I saw a table where all the elements fell into place as required. Awakening, I immediately wrote it down on a piece of paper,” he said. Despite being nominated for a Nobel Prize three years in a row (1905-1907), he lacked the support to win the award. However, there’s no question that his ground-breaking work laid the foundation for future Nobel Laureates in the field of elemental discoveries.

Nuclear fission is what enables the building of nuclear bombs and nuclear power plants. The splitting of the atom is what allows this process to occur. It was believed to be an impossibility by physicists until Lise Meitner explained how it could be done. She also coined the phrase “nuclear fission.” She worked closely with her colleague and friend Otto Hahn until she had to flee to Sweden from Germany to avoid Nazi persecution because of her Jewish heritage. She and Hahn continued to collaborate even while she lived in Sweden. But Hahn published their research without including her name, claiming the discovery as his own — and minimizing her involvement. Hahn alone was awarded the 1944 Nobel Prize in Chemistry. Meitner retired to Cambridge England, where she died at 60 years old. In 1982, German scientists Peter Armbruster and Gottfried Münsterberg synthesized the world’s heaviest element — later naming it Meitnerium in Meitner’s honor.

Polio was widespread in the United States during the first half of the 1900s, reaching almost 58,000 cases in 1952. The poliovirus was very much feared, due to the death and disability it caused. Those who survived the virus might be left using crutches, confined to a wheelchair, or needing an iron lung. Sometimes they were paralyzed. American virologist Jonas Salk created the first polio vaccine using a dead poliovirus — a visionary concept at that time. After testing it on himself, his family and volunteers, the vaccine was tested on more than 1 million children in 1954. Results announced the following year declared that it worked. Recipients developed antibodies and didn’t have negative side effects. Salk became famous, which caused resentment among some of his peers. Although his vaccine reduced polio by about 95 percent, Salk never sought a patent for it, nor did he profit personally from its creation. Because his vaccine was developed based on previous scientific discoveries, it was deemed unoriginal and not Nobel-worthy.

In 1943, Albert Schatz was a soil science graduate student at Rutgers University. Toiling away in a basement lab, he discovered what became the antibiotic streptomycin. This changed the history of antibiotics, as it was the first effective treatment for tuberculosis. It was also useful for other gram-negative infectious diseases, such as cholera, typhoid fever and bubonic plague. Unfortunately, Schatz didn’t get the credit he deserved. His supervisor noted soil microbiologist Selman Waksman took all the credit and the glory. He also took the royalties to the tune of $400,000 in the first two years following the discovery. To add insult to injury, Waksman received the Nobel Prize in 1952. Eventually, Schatz sued to recover some of the royalty money and won a modest settlement. But he was essentially blacklisted from finding another job and viewed with scorn for challenging Waksman.