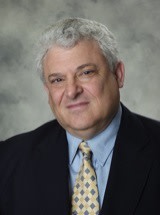 We've switched to releasing new Point of Inquiry episodes during the week--so my latest hosted episode, with leading bioethicist Art Caplan, just went up. They don't call him the "most quoted bioethicist" for nothing--he is a great, hilarious interview. Here is the write up:

In this wide ranging episode, Caplan discusses not only the latest issues and problems in his field, but also how those issues have changed over time. Fresh from the ideological fights of the Bush administration-over culture war issues like stem cells, cloning, and Terri Schiavo-bioethicists like Caplan are now more focused on practical matters like access to healthcare. And so is the country as a whole. However, the religious right remains active-encouraging pharmacists to claim a right of "conscience" and refuse to give patients the "morning after pill." Meanwhile, as an excuse to restrict abortion, some are now also making the dubious assertion that fetuses can feel pain at 20 weeks of gestation. So in this interview, Caplan surveys the leading problems in bioethics today-and those we'll be facing in the very near future.

You can listen to the show here.