Neanderthals Thrived for 400,000 Years, but Then Disappeared

The Neanderthal timeline covers 400,000 years and for 100,000 of those years, humans lived harmoniously with them. 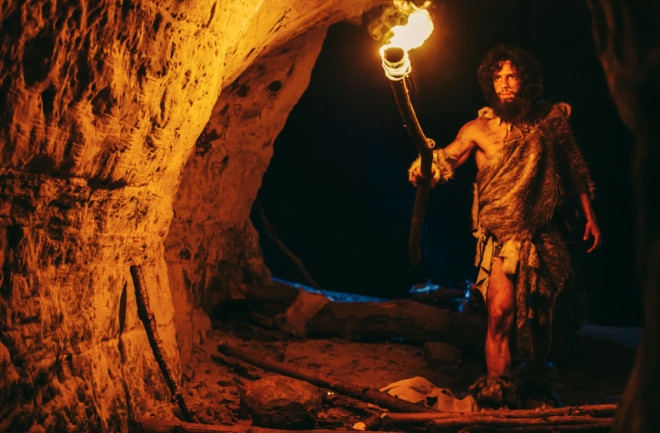 Neanderthals are a sister-species to modern humans that first appeared around half a million years ago. Unlike humans, which began their evolution in Africa, Neanderthals were a European species that evolved to live in colder climates. They thrived for around 400,000 years before mysteriously disappearing, no longer found in the fossil record.

Where Did Neanderthals Come From?

Experts have long thought that both Neanderthals and modern humans evolved from the species known as Homo heidelbergensis, but now there’s disagreement among researchers. While some still think this to be true, others aren’t so sure.

According to Chris Stringer, a paleoanthropologist at the London Natural History Museum, some of the H. heidelbergensis fossils we have aren’t old enough to be a common ancestor. But in any case, most researchers agree that the two species split from a common ancestor around 600,000 year ago.

“They evolved to be short and wide, which could have been an adaptation to the colder climate they lived in,” says Stringer.

Being closer to the ground might have minimized heat loss, compared to taller, lankier humans who lived in warmer climates and had more surface area to allow for losing heat.

Like humans, Neanderthals could control fire — an important aspect of their survival, says Fulco Scherjon, an expert in paleolithic archaeology at the University of Leiden. “Though we’re not sure they could make their own fire, we do know that around 100,000 years ago they could control it,” he says.

While they might have gotten the fire from some other source, a wild fire for example, they still knew how to utilize it for cooking. This was probably around the same time that humans began using fire.

Both species also show similar capabilities in the creation of art. Research published in the journal Science Advances shows that Neanderthal art came around 115,000 years ago and while it was primitive, it’s still an indication of culture and the species sophistication that comes with it.

Read more: The Mediterranean Plains Where Neanderthals and Modern Humans Came Together

We finally got together with our sister species around 90,000 to 150,000 years ago. And we lived in relative harmony with them for more than 100,000 years in the Levant — located in the modern day Middle East. The area became a “melting pot” of Neanderthals and modern humans, where meetings happened often. While we might have been two different species, that didn’t stop us from mating, says Scherjon.

“If a Neanderthal were walking down the street you might have thought they were different but not different enough not to interbreed,” he says.

What Caused the Neanderthal Extinction?

They were here and then suddenly, they weren’t. Around 40,000 years ago, Neanderthals dropped off from the fossil record entirely. The reasons why are still largely a mystery, but both Scherjon and Stringer agree that it didn’t have much to do with intelligence.

It was more likely a game of numbers. Neanderthals had a smaller population and over time that difference became more pronounced. As a result, humans spread further across the globe into Neanderthal territory and competed for resources. And eventually the species was completely wiped out. While there may have been other factors at play like disease, for example, we don’t have any evidence to prove this to be the case.

The one thing we know for sure is that they survived and thrived for nearly half a million years before going extinct. And now the only place they’re still found is in our DNA — about 2 percent of our genes are made up of the now extinct species.