NCBI ROFL: Was Mona Lisa's smile caused by Bell's palsy or a punch in the face? 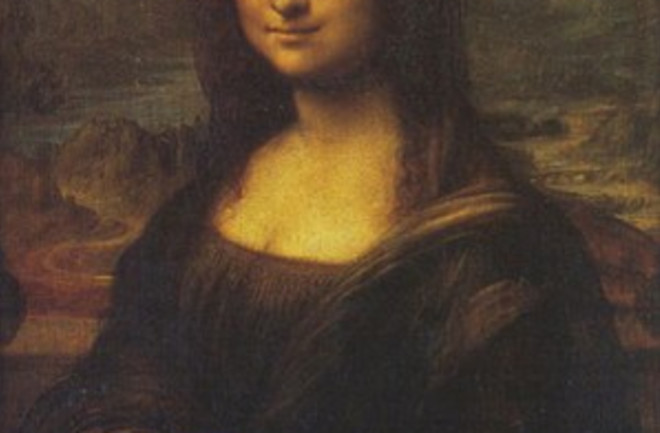 Mona Lisa syndrome: solving the enigma of the Gioconda smile. "The Mona Lisa smile is presented as a possible example of facial muscle contracture that develops after Bell's palsy when the facial nerve has undergone partial wallerian degeneration and has regenerated. The accompanying synkinesis would explain many of the known facts surrounding the painting and is a classic example of Leonardo da Vinci as the compulsive anatomist who combined art and science." |||||||||

Mona Lisa: the enigma of the smile. "The Mona Lisa, painted by Leonardo Da Vinci, 1503, pictures a smile that has been long the subject of conjecture. It is believed, however, that the Mona Lisa does not smile; she wears an expression common to people who have lost their front teeth. A closeup of the lip area shows a scar that is not unlike that left by the application of blunt force. The changes evident in the perioral area are such that occur when the anterior teeth are lost. The scar under the lower lip of the Mona Lisa is similar to that created, when, as a result of force, the incisal edges of the teeth have pierced the face with a penetrating wound."