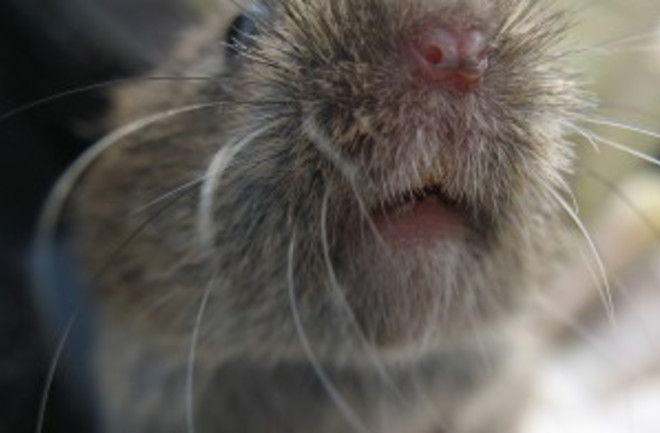 Prairie voles as a novel model of socially facilitated excessive drinking. "Social relationships strongly affect alcohol drinking in humans. Traditional laboratory rodents do not exhibit social affiliations with specific peers, and cannot adequately model how such relationships impact drinking. The prairie vole is a socially monogamous rodent used to study social bonds. The present study tested the prairie vole as a potential model for the effects of social affiliations on alcohol drinking. Same-sex adult sibling prairie voles were paired for five days, and then either separated into individual cages, or housed in pairs. Starting at the time of separation, the voles received unlimited access to alcohol in a two-bottle choice test versus water. Pair-housed siblings exhibited higher preference for alcohol, but not saccharin, than singly housed voles. There was a significant correlation between the amount of alcohol consumed by each member of a pair when they were housed together (r = 0.79), but not when housed apart (r = 0.20). Following automated analysis of circadian patterns of fluid consumption indicating peak fluid intake before and after the dark phase, a limited access two-hour two-bottle choice procedure was established. Drinking in this procedure resulted in physiologically relevant blood ethanol concentrations and increased Fos immunoreactivity in perioculomotor urocortin containing neurons (but not in nucleus accumbens or central nucleus of the amygdala). The high ethanol preference and sensitivity to social manipulation indicate that prairie voles can serve to model social influences on excessive drinking."

Photo: flickr/Hello, I am Bruce