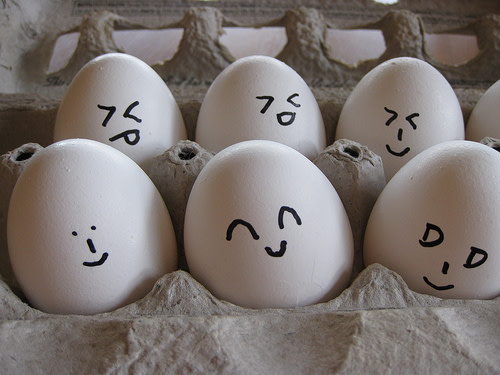 Same same but different!? The differential influence of smilies and emoticons on person perception. "Emoticons (ASCII-based character strings) and smilies (pictograms) are widely used in computer-mediated communication as substitutes to compensate for the absence of nonverbal cues. Although their usage has been investigated in numerous studies, it remains open whether they provoke differential effects and whether they lead to person perception patterns similar to what is known from face-to-face interactions. Based on findings from research about person perception and nonverbal communication, we investigated the differential effects of smilies and emoticons with regard to recipients' mood, message evaluation, and person perception in an experimental online study (n=127) with a 2(smiley/emoticon) by 2(positive/negative) between-subjects design (with an additional control condition). Results generally support earlier findings, indicating that the valence of the cue (smiley or emoticon) affects the corresponding impression formation. Further, findings concerning the differential influence of both forms of cues show that there are no differences with regard to message interpretation, whereas smiling smilies have a stronger impact on personal mood than smiling emoticons. The perception of a writer's commitment was only altered by smilies, suggesting that they elicit a stronger impact than emoticons." Bonus figure from the full text: 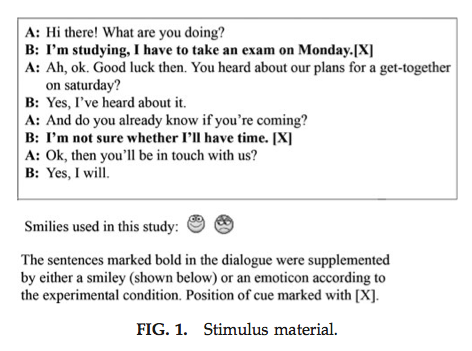