"We describe a new arachnophobia therapy that is specially suited for those individuals with severe arachnophobia who are reluctant to undergo direct or even virtual exposure treatments. In this therapy, patients attend a computer presentation of images that, while not being spiders, have a subset of the characteristics of spiders. The Atomium of Brussels is an example of such an image. The treatment group (n = 13) exhibited a significant improvement (time x group interaction: P = .0026) when compared to the placebo group (n = 12) in a repeated measures multivariate ANOVA. A k-means clustering algorithm revealed that, after 4 weeks of treatment, 42% of the patients moved from the arachnophobic to the nonarachnophobic cluster. Six months after concluding the treatment, a follow-up study showed a substantial consolidation of the recovery process where 92% of the arachnophobic patients moved to the nonarachnophobic cluster." From the full text: "The presentation used in the spiderless arachnophobia therapy (SLAT) consists of an initial set of 165 images, 124 of them having some features that resemble any of the characteristics (color, shape, texture, etc.) of a spider and were selected as explained in Section 2.3.1. Examples include the image of a person with a Rastafarian hair style, the Atomium of Brussels, a carousel, and so forth." 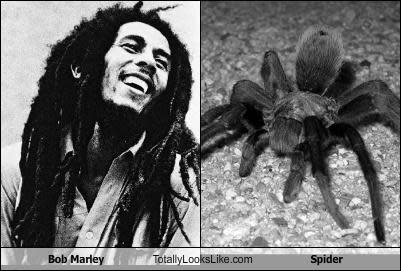 Thanks to Amos for today's ROFL!

Discoblog: NCBI ROFL: What’s better than an earwig with one penis?