NASA's New Kepler Spacecraft Is Ready to Find Some Earths 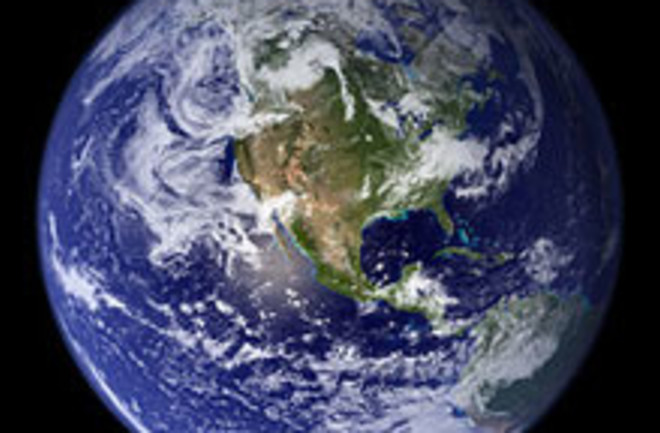 NASA's Kepler spacecraft has only been in operation for 10 days, but it's already spotted a planet, according to a report in Science. That leaves experts optimistic about the craft's potential to find other Earth-like planets. Scientists already knew that the planet Kepler found existed. It's called HAT-P-7b, and it's a planetary body that's too heavy and too hot to support life. Still, Kepler gave scientists new details about the planet, including that the planet has a hazy, ozone-like atmosphere. The analysis proves that Kepler's onboard telescope and light-detecting instruments are at least 100 times more precise than the ground-based detectors that originally found HAT-P-7b

, because Earth-based telescopes must wrestle with distortion from the atmosphere, while Kepler only looks through the clear near-vacuum of space.

Scientists say that Kepler's capabilities should be sufficient to find Earth-like planets in the "habitable zone" of a star system--that is, the ring where temperatures climb high enough to allow liquid water to exist, but aren't so scorching as to burn up the surface of the planet.

Launched in March, Kepler collected data that revealed that HAT-P-7b has a circular orbit, and that

the planet has an atmosphere with a day-side temperature of 2377 Celsius (4,310 F). Little of this heat is carried to the cool night side [Skymania]. Additionally, the results released by NASA confirm scientists' hypothesis that Kepler would be capable of detecting the small amount of light emitted from the planet's surface.

Scientists are quite optimistic about what Kepler might discover in the future.

"These exquisite data are just the tip of the iceberg" [L.A. Times], said planetary scientist

Sara Seager. Eventually, researchers hope that Kepler can let us know whether there are other planets like Earth. But answering that question is going to take time:

Because it will take three orbits to confirm a planet's existence, it might be 2012 before any major discovery is announced [L.A. Times].

For more detail on the successful beginning of Kepler's mission, check out Kepler Works! from DISCOVER's Bad Astronomy blog. Related Content: 80beats: Will NASA’s Next Step Be an Astronaut Rendezvous With an Asteroid? 80beats: World’s Biggest Telescope Will Provide “Baby Pictures” of the Universe 80beats: Did Galileo Spot Neptune Two Centuries Before Its “Discovery”?