School-age children from across the nation submitted essays proposing names for the upcoming rover mission. 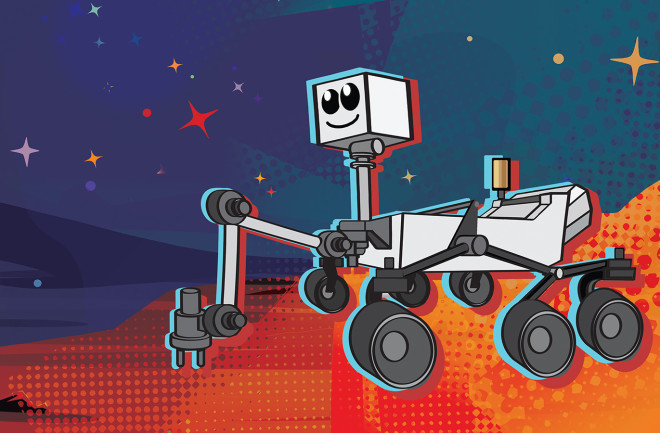 Launching this summer, the Mars 2020 rover will traverse the Red Planet looking for evidence of past life there and learning more about the environment of our neighboring planet.

Equipped with over 20 cameras, a powerful drill, and even a small helicopter, the mission will help lay the groundwork for the possibility of human life on Mars in the future.

To celebrate the mission, NASA gave the public the opportunity to give the plucky rover a name. Students in kindergarten to 12th grade from across the U.S. were given the chance to submit their choices for names. From 28,000 submissions, nine candidates have been given the honor of being one of the finalists in the “Name the Rover” contest.

The contest, which opened in August, allowed students to submit their name ideas, along with an essay explaining their choice, to NASA. Almost 5,000 judges from different backgrounds and disciplines judged the essays and chose the winning submissions.

There's no Rover McRoverface on the list — for better or worse — but the list does include a selection of appropriately visionary names.

Now that the finalists have been selected, it’s the public’s turn to help decide what the official name will be. By voting here, everyone can have a say in what the Mars 2020 rover will officially be called. The poll will remain open until Jan. 27, 2020.

Once the voting is over, the nine finalists will present their ideas to a panel at NASA, which includes Clara Ma, who won the honor of naming Mars rover Curiosity in 2009.