A temporary malfunction aboard the interstellar spacecraft triggered an automatic fail-safe. 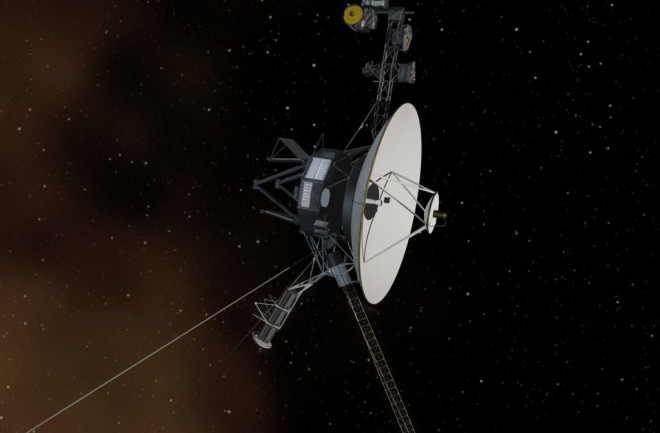 The Voyager 2 spacecraft, one of just two human-made objects to reach interstellar space, experienced a slight malfunction this week.

An operational hiccup caused the more than 40-year-old probe to enter a low-power mode Saturday. NASA engineers have since managed to communicate with the probe and have begun powering various instruments back up. It's not yet known what caused the malfunction, according to the space agency.

The trouble began when Voyager 2 failed to complete a routine operation to calibrate its magnetic field instrument, in which it rotates a full 360 degrees. This caused a cascade of events: Two power-hungry systems were mistakenly left active, and the excess drain on the energy supply triggered an automatic fail-safe, placing most systems offline.

Voyager 2 can still communicate with Earth, and NASA engineers say they've restored the science instruments system to functionality and turned off one of the systems draining power. They're still attempting to sort out what caused the original issue, however.

Careful energy management is important for both Voyager probes as they enter their fifth decade of service. They are powered by nuclear generators that use the heat from the decay of radioactive elements to provide energy. But their supply of fuel dwindles every year, and the craft are steadily losing power. NASA has already shut off some systems on Voyager 2 to preserve crucial functions.

But even as the craft move further into senescence, they continue to return invaluable data. Both Voyager probes have crossed the heliopause, the point at which the bubble of the solar wind gives way to interstellar space. Voyager's instruments provided crucial data as the spacecraft crossed this final boundary, and continue to do so as they fly outward into the interstellar medium.

Of greatest importance to NASA engineers is the ability to control the spacecraft's orientation. When the probes can no longer point their antennas back at Earth, we will lose communication with them for good.

It's already an arduous process: Because Voyager 2 is some 11.5 billion miles from Earth, it takes messages 17 hours to travel one way. The more-than-day-long communication process means that NASA engineers must wait agonizing hours to see whether their commands have been received.

But for now, Voyager 2 appears to be doing fine. NASA says they've stabilized the drain of excess power and are working to figure out exactly what went wrong. Meanwhile, Voyager's instruments are back online, though not taking data yet, and the spacecraft continues its voyage beyond the frontiers of human exploration. Let's hope it stays that way for quite some time.