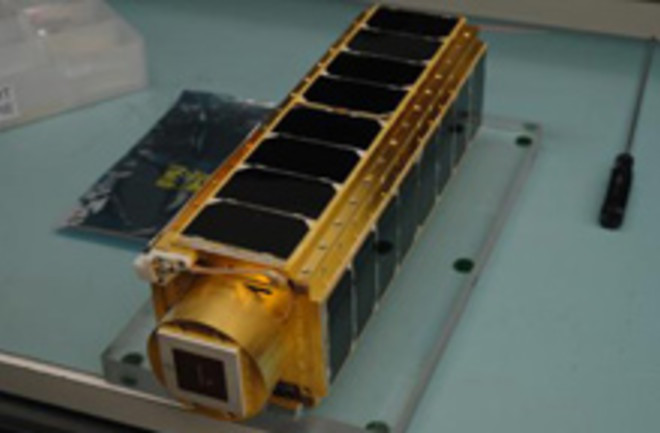 NASA hopes to send a "nano-satellite" the size of a bread loaf into orbit tomorrow, where it will conduct experiments on yeast to determine how the microorganisms behave in space.

Weighing only 10 pounds, the tiny satellite called PharmaSat is scheduled to lift off on board a U.S. Air Force four-stage Minotaur 1 rocket late on May 5. Once aloft and free of the rocket, the satellite will circle the Earth at 17,000 mph while carrying a micro-laboratory packed with sensors and optical systems [ComputerWorld].

The satellite's lab will autonomously conduct drug testing in orbit, treating the yeast with anti-fungal drugs to see if the yeast responds differently to treatment when it's free of the Earth's gravity.

"There's data that's coming back from shuttle and space station missions that indicates something is changing microorganisms in a microgravity environment making them more varied," said Bruce Yost, PharmaSat mission manager.... Those genetic changes could make bacteria more resistant to antibiotics and medical treatment — something scientists are hoping to learn more about before attempting longer jaunts into space such as to the moon and beyond [The Register].

One recent study found that salmonella become more virulent after just 83 hours of growing in space. PharmaSat's sensors will

detect the growth, density and health of yeast cells and transmit that data to scientists for analysis on Earth. PharmaSat also will monitor the levels of pressure, temperature and acceleration the yeast and the satellite experience while circling Earth [R&D Magazine].

The project builds on a 2006 mission called GeneSat 1 in which NASA sent E. coli bacteria into orbit to study whether the space environment would trigger genetic changes in the bacteria. NASA researchers hope that

sending micro-satellites into orbit to do their scientific bidding will prove more cost- and time-effective than hauling experiments up in a shuttle for International Space Station crewmembers to handle. Key to this plan will be keeping the spacecraft small and light so they can be included as secondary payloads for launches already scheduled by government and private entities. One potential downside to the plan is that once a micro-satellite mission is complete, the craft effectively becomes additional space junk for space agencies to worry about avoiding later [The Register].