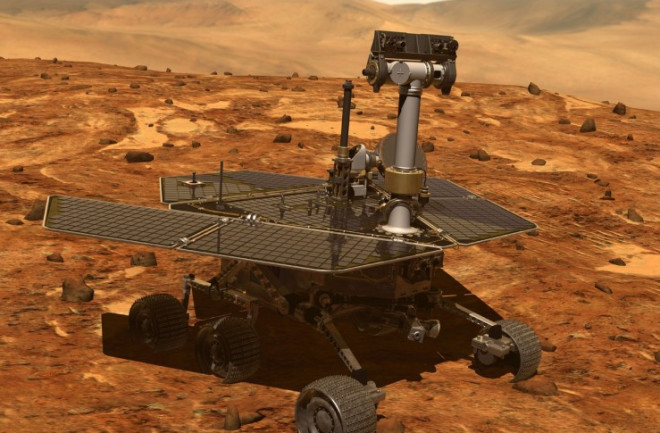 An illustration of NASA's Opportunity rover on the martian surface. The team at NASA's JPL have begun new efforts to regain contact with the rover by addressing unlikely possible causes for the loss of communication. (Credit: NASA/JPL illustration)

Last Martian summer, a dust storm blocked out the sun and grew until it enveloped the entire Red Planet. That left the Opportunity rover deprived of solar power and NASA lost contact with the robot. Now, after six months without a response, NASA is making a new, and potentially their last, effort to restore contact with the rover.

The last contact that Opportunity had with Earth was on June 10, 2018, in the midst of the global dust storm. NASA’s Jet Propulsion Laboratory (JPL) announced Jan. 25 that it would transmit new commands to the rover in an attempt to restore contact. The team at JPL hopes that this transmission will address a set of (unlikely) reasons that could be keeping the rover from contacting Earth. These new efforts are in addition to the months of transmissions that have been sent to the rover in the hopes of receiving a reply.

These new transmissions will address three possibilities: the rover’s primary X-band radio has failed, both the primary and backup X-band radios have failed, or the rover’s internal clock has malfunctioned, affecting its timing. To address these possible scenarios, the team at JPL will transmit commands to direct the rover to reset its clock and switch to its backup X-band radio or use its UHF transmitter to contact Earth. These commands will be transmitted to the rover over the next several weeks.

The team at JPL hopes that one of these scenarios explain why the rover hasn’t contacted Earth and so, by transmitting these commands, they will reestablish contact. But project officials have honestly expressed that it’s unlikely that these scenarios are the explanation for Opportunity’s silence. “A series of unlikely events would need to have transpired for any one of these faults to occur,” JPL said in a statement about their latest efforts.

“Over the past seven months we have attempted to contact Opportunity over 600 times,” John Callas, project manager for Opportunity at JPL, said in the statement. “While we have not heard back from the rover and the probability that we ever will is decreasing each day, we plan to continue to pursue every logical solution that could put us back in touch.”

Six months have already passed since Opportunity lost contact with Earth. Additionally, the “dust-clearing season,” a time on Mars when extra winds could clear dust off of the rovers’ solar panels, is about to end. The additional winds keeping the solar panels clear have given the team at JPL their best shot so far of reestablishing contact. In addition to this windy season ending on the red planet, it will also soon be southern winter on Mars. This will bring extremely low temperatures to the planet that, according to JPL, could cause irreparable damage to the batteries of an unpowered rover like Opportunity.