NASA Astrophysics: It Really Is This Bad

Shorter House of Representatives: NASA shouldn't do astrophysics anymore. Via the Tracker, an article by Eric Hand in Nature News that puts the fiasco in helpful graphical form. 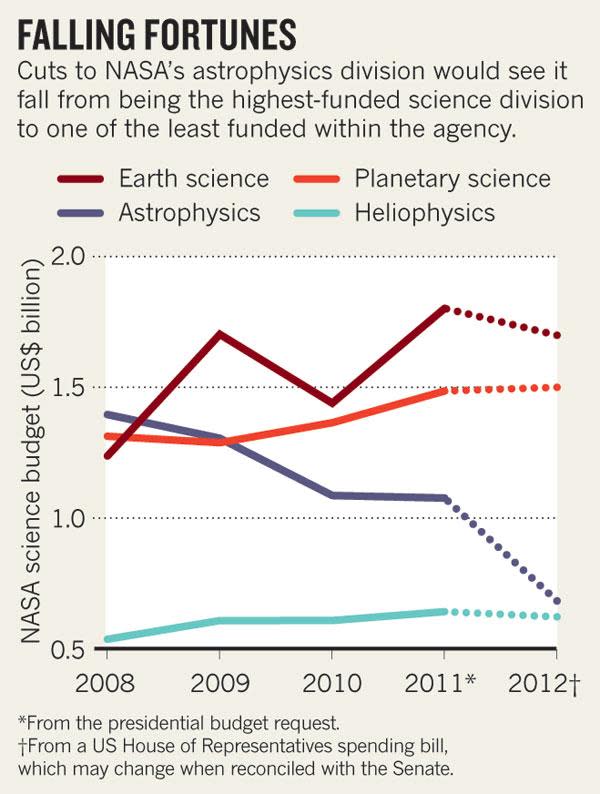 Misleading graphic alert! The vertical scale starts at $0.5 billion, not at $0. But taking that into account merely changes the situation from "complete annihilation" to "devastating harm." We're talking about a 40% cut, which won't leave room to do much more than keep the lights on for existing programs. The 2011 numbers are the President's budget request; the 2012 numbers are from the bill that passed the House. This isn't yet law, so there's still time; the Senate and the White House will (thankfully) be involved in the final compromise. Times are tough, and not everything is worth doing. But there are few things more important to the long-term flourishing of a country than investment in basic science. Sad to see the future sacrificed for bizarre political reasons.