Flying into space is risky even for fit, well-trained astronauts. Adding space tourists to flights will only boost the odds of something going wrong. What happens then? 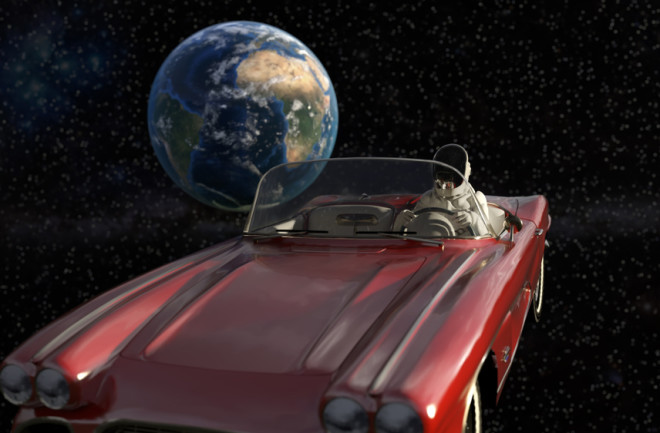 The age of commercial passenger space flight is upon us. Efforts by companies like SpaceX, Blue Origin, Boeing and Virgin Galactic aim to put paying individuals in space. The International Space Station expects to receive its first private crew early next year during the Axiom Mission 1, with the three tourists paying a sum of $55 million each to stay at the space station for eight days.

As the potential for private space travel grows, it’s only natural to wonder: What if something goes wrong? With more chances to send people into space comes greater potential for mishaps. In the time since we figured out how to launch humans into space, 18 people have died. Although it's pretty much impossible to find a working astronaut with a serious health issue, the case is not the same for tourists, especially if those tourists are older.

Right now, there aren't any rules requiring space tourism companies to set or meet any health criteria for accepting passengers. There’s never been a major medical emergency on the space station, what's the plan for if one does happen there or on a space flight full of paying tourists? Or worse, what if someone dies?

Back in 2004, the United States Congress passed the Commercial Space Launch Amendments Act, which doesn’t allow the Federal Aviation Administration to regulate the safety of people onboard space vehicles, unlike with planes. Instead, the law requires only the "informed consent" of onboard crew and passengers, prior to selling a ticket to said passengers.

“One way that the government could have gone was to say, ‘Hey, we're going to certify the spacecraft, make sure that they're safe and give them the stamp of approval,’” says Mark Sundahl, professor of law at Cleveland State University, who specializes in the law of outer space. “But they didn't go that way. Instead, they said ‘We're going to prove we’re protecting space tourists by just requiring the companies to tell them that they may die, and then it's up to them to make a decision if they want to take that risk or not.’ That's the approach that the government took, and it is somewhat controversial.”

Providing informed consent for a space flight basically means stating in writing that the tourism company informed you of the potential dangers of space flight and that you understand the risks involved. Those selling tickets onboard their spacecraft must provide info about the history of the vehicle and details about any past issues.

In addition, anyone traveling on a commercial space flight must acknowledge that the U.S. government hasn’t certified the space launch or reentry vehicle as safe, that they know there is a risk of injury or death and must sign a waiver of liability. So, if anything bad happens, you’ve signed away your right to sue your tourism company. Or the U.S.A.

However, these waivers may not be ironclad. If you learn to ride a horse, go skydiving or try mountain climbing, you typically sign waivers like this, but in court, they’re not upheld if the company does something that is reckless or negligent, says Sundahl. The courts can decide that it’s wrong that you would not be able to sue them, so how these waivers will hold up in court is yet to be determined.

Liability aside, how would a space tourist be treated in the event of a medical emergency? Even on the ISS, the medical kit is pretty simple: a first aid kit and basic supplies, a defibrillator, a portable ultrasound, and not much else.

“There's very limited facilities [on the space station],” says Jack Beard, co-director of the space, cyber and telecom law program at the University of Nebraska-Lincoln. “To make matters worse, space is just incredibly dangerous and unhealthy. It's easily described as ultra hazardous. Just by spending time on the International Space Station, there's all these health conditions caused by microgravity, radiation or the G-forces you deal with.”

So an ailing astronaut would rely on telehealth advising, the training of the crew and any available supplies and manuals. But beyond hoping for a quick and safe ride back to planetside doctors, there's not much more that can be done. It’s also not too likely that space tourism companies will staff flights with doctors since most trips anticipated for the near future will only last a few minutes — not enough time to intervene if something unexpected happened.

But if a passenger died, what would happen to the body hasn’t quite been figured out yet. One thing is for sure: You can’t dump it into space. One idea to deal with the predicament came about as a collaboration between green burial company Promessa and NASA, called the “Body Back.”

The Body Back is an airtight sleeping bag that a human corpse is placed in, which is then exposed to the freezing temperatures of outer space. The frozen body is brought back inside and intensely vibrated until it shatters, resulting in about 50 pounds of human dust. The bag can be stored outside the spacecraft until retrieved later. Such ideas may be novel, but in the meantime they do nothing to remedy the current lack of requirements, regulation or passenger protection for upcoming space flights.

“Maybe when we start getting more practice and more spaceflight with paying passengers, we will use this movement to give them more rights with respect to losses for medical emergencies that we haven't experienced yet,” says Beard. “But given all of these disclaimers about how you can very well suffer serious injury, total or partial loss of physical and mental functions and so forth…  I wouldn't say it's the Wild West, but it's a pretty primitive scene for healthcare.”