Marketing the Moon: How PR Made the Apollo Landing a Cultural Moment

NASA's bold choices to open the Apollo Program to the world made the Moon landing humanity's first truly viral event. 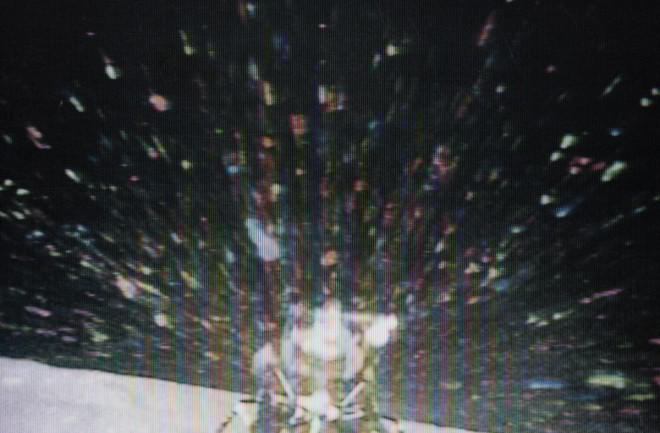 The Apollo 16 lunar module lifts off the moon’s surface on live TV in 1972. (Credit: NASA)

Neil Armstrong’s first lunar footstep is ingrained in the minds of all humankind. But that first moon landing might not have been such a memorable moment if it weren’t for NASA’s savvy PR team.

Richard Jurek is a marketing executive and co-author of the book Marketing the Moon: The Selling of the Apollo Lunar Program. He says NASA’s move to real-time, open communication made the 1969 Apollo 11 landing “the first positive viral event that captured the world’s attention.”

Before NASA was established in 1958, rockets were the military’s purview; that secretiveness carried over into the space agency’s early days. At first, NASA followed a “fire in the tail” rule, only publicizing a rocket’s launch when it was successfully in the air.

But as the agency evolved, it started announcing more details about the Apollo program. It championed its astronauts, talked openly about mission goals and challenges, and shared launch times so people could watch.

Instead, all the PR and press hype in the years ahead of Apollo 11 brought the human spaceflight program into people’s living rooms and imaginations.

Along for the Ride

As the drama neared its climax, NASA’s PR officials pushed for live TV broadcasts of the first humans to walk on the moon.

Not everyone thought it was a good idea. The technology for live lunar broadcasts, and cameras small enough to keep the payload manageable, didn’t exist at that point. Some engineers worried that developing that equipment would distract from efforts to achieve the landing itself.

But NASA’s communications team argued that telling the story was as vital as the achievement itself. Live TV would bring the American people — and

Come landing day, which conveniently fell on a Sunday, more than half a billion people worldwide huddled around TVs and radios for the historic moment.

“We were able to come together and do something that was exciting and interesting and brought the world together,” says David Meerman Scott, marketing strategist and co-author of Marketing the Moon. “I don’t know that we’ve done anything like that since.”

[This article originally appeared in print as "Marketing the Moon."]