Maneuvering on a Light Beam: How to Steer a Solar Sail Spacecraft 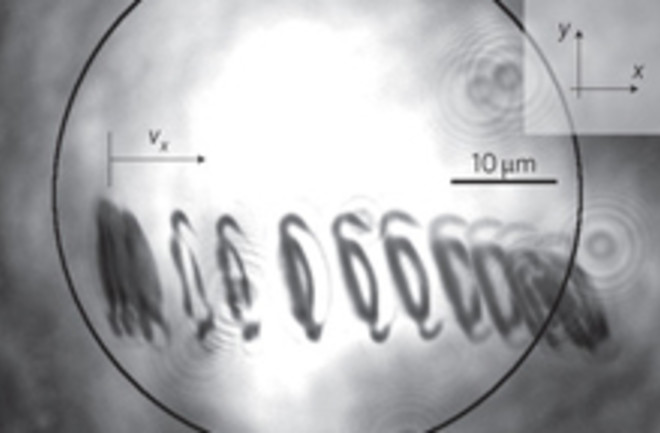 This summer, Japan's golden solar sail unfurled in space, becoming the first successful mission to sail on the physical pressure of the sun's radiation. Its success led dreamers like Planetary Society director Bill Nye to envision a future of machines pushed forward by the pressure of lasers to explore the cosmos. And now, down here on Earth, researchers say they have demonstrated one of the key principles needed to realize such a vision: a "lightfoil" that uses light to create lift. The lightfoil described in Nature Photonics is only micrometers in scale, but lead researcher Grover Swartzlander argues that it shows scientists can create and control optical lift. It operates on the property of refraction--how glass bends light.

Optical lift is different from the aerodynamic lift created by an airfoil. A plane flies because air flowing more slowly under its wing exerts more pressure than the faster-moving air flowing above. But in a lightfoil, the lift is created inside the object as the beam shines through. The shape of the transparent lightfoil causes light to be refracted differently depending on where it goes through, which causes a corresponding bending of the beam’s momentum that creates lift. [Science News]

This neat trick could potentially be used to steer a spacecraft, the researchers say. Swartzlander's lightfoil is actually quite like an airfoil, with one side rounded and the other flat. Using this shape and shining light on it from below, the team found that the foil moved not only upward but also off to the side. That perpendicular motion is the key to showing optical lift truly occurred, Swartzlander says: The direction to which the incoming light is refracted ought to feel the most pressure, so the foil should be pushed that way. Admittedly, the nomenclature here is a little confusing: "Lift" in Swartzlander's experiment is the force that pushes the lightfoil sideways, rather than up. This is weird because we're accustomed to associating the idea of lift with upward motion, since that's what it does to airplanes. However, the more technical definition of lift

One application of the lightfoil would be to control the direction of space vehicles that rely on radiation pressure for thrust, such as the experimental solar-sail spacecraft LightSail-1, which the Planetary Society, a US public space organization based in Pasadena, California, is planning to launch later this year. [Nature]

These early spacecraft plan to use the pressure of the sun's photons as the wind in their sails. But to venture on distant missions like the ones Nye imagines happening in centuries to come, in which solar sails

bring spacecraft to places where the solar wind is weaker, they would need something else to push them along. That's where an advanced version of a lightfoil, able to both create thrust and control direction using incoming light (perhaps beams from futuristic lasers

in Earth orbit), comes into play. Or, on a much smaller scale, one could envision using a tiny lightfoil like Swatzlander's to control micromachines. Maybe.

Optical lift is “a really neat idea,” says physicist Miles Padgett of the University of Glasgow in Scotland, but it’s too early to say how the effect might be harnessed. “Maybe it’s useful, maybe it’s not. Time will tell.” [Science News]