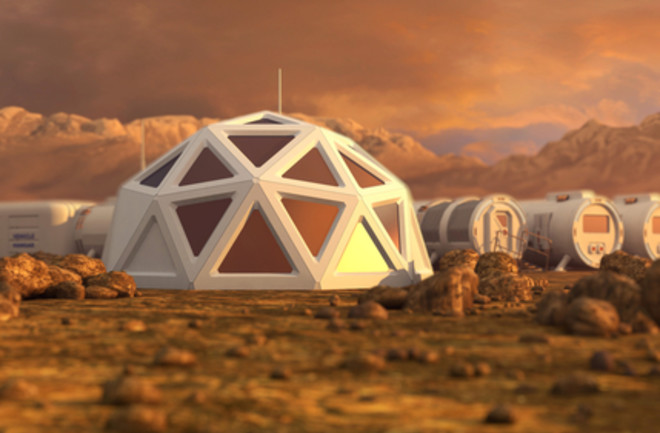 Astronauts traveling to Mars will get hit with long-term, low-dosage radiation. A new study in mice suggests the radiation could cause lasting memory and learning problems. (Credit: u3D/Shutterstock)

There’s a major outstanding question lingering over the future of human spaceflight: Just how much radiation can the body handle? While humans have spent more than a year at a time on orbiting space stations without ill effect from radiation, almost all astronaut experience has been in low-Earth orbit. There, humans are still semi-safely enclosed within our planet’s magnetic field, which offers protection from the bulk of space radiation.

Researchers also know that short, powerful doses of radiation are deadly. But less is known about long-term, low-dose radiation — the kind that settlers on Mars or the moon would face.

Now, a team of scientists led by Charles Limoli at the University of California, Irvine, has taken a step toward a better understanding of those long-term risks. The researchers exposed mice to chronic, low-dose radiation for six months. The results are troubling for the future of spaceflight. The radiation left the mice suffering from both memory and mood problems that the scientists say would likely show up in human subjects as well. The results were published Monday in the journal eNeuro.

Radiation on the Brain

In the study, the mice showed “severe impairments in learning and memory,” according to the research paper. The mice were also generally more stressed out by their environments. That isn’t a good sign for space settlers, who will need their wits to face unforeseen struggles. Other studies have also already shown the potential ill effects of the long-term isolation and stress.

In the past, scientists hit lab mice with radiation levels some 100,000 times higher than they’d actually experience on Mars’ surface. But the researchers say their test is the first that has used these lower, more realistic doses of radiation over long periods to study space travel. Their efforts were made possible by a new facility.

The radiation included both neutrons – heavy particles from atomic nuclei – and pure energy in the form of gamma rays and other scattered photons.

The experiment compared 40 mice who received daily radiation doses to 40 mice housed in similar facilities without any radiation beyond what they’d normally experience on Earth. After six months of radiation dosing, researchers tested the mice’s learning and social responses. They gave the mice stress tests and studied their social skills, as well as their learning and memory.

Then, six months after the end of the radiation dosing, researchers killed the mice and decapitated them, harvesting their tiny brains for study. That rest period was important, too. In the past, researchers have speculated that the body might be able to heal itself if radiation dosages are small enough. That would mean that cumulative results are minimized.

But that doesn’t appear to be the case, at least with the six-month timetables this experiment used.

Researchers found both physical and chemical changes in the brains they examined, in addition to the behavioral changes they observed in the living mice. The radiated mice were more anxious. They liked to hide in dark corners and avoid light transitions. And they couldn’t learn or remember as easily. But, on the plus side, scientists say the mice didn’t show signs of despair or depression, which they can apparently measure by how hard mice struggle when dropped into a bucket of water.

The irradiated mice also showed behavior linked to PTSD in their reactions to a fear test. Scientists played a sound and hit the mice with small electric shocks. Then, they gradually stopped shocking the mice, but kept playing the sound. The irradiated mice continued to freeze up in fear at the noise significantly longer than the control mice.

And not all mice reacted equally – mice, like humans, having plenty of natural variance. Some mice had more severe memory problems than others, though statistically the irradiated group had more problems than the control group.

However, more tests need to be done, and the radiation, while more realistic than past experiments, still doesn’t exactly mimic the space environment. But if their results hold up, they’re not a good sign for the future of human space settlement, at least not without a lot of bulky and expensive radiation shielding.