Justice is served, but more so after lunch: how food-breaks sway the decisions of judges 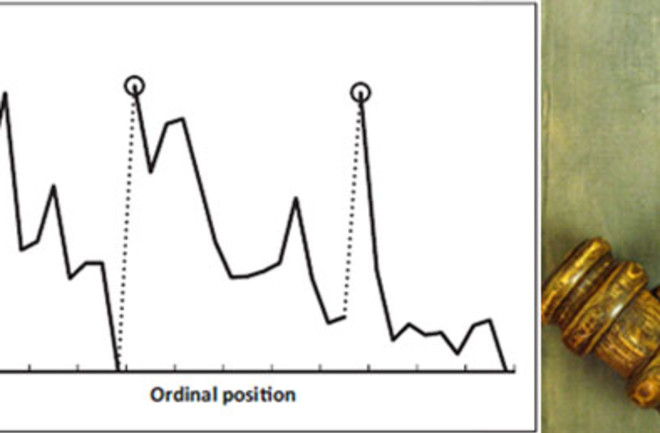 There’s an old trope that says justice is “what the judge ate for breakfast”. It was coined by Jerome Frank, himself a judge, and it’s a powerful symbol of the legal realism movement. This school of thought holds that the law, being a human concoction, is subject to the same foibles, biases and imperfections that affect everything humans do. We’d love to believe that a judge’s rulings are solely based on rational decisions and written laws. In reality, they can be influenced by irrelevant things like their moods and, as Frank suggested, their breakfasts.

The graph above is almost the visual embodiment of Frank’s catchphrase. It’s the work of Shai Danziger from Ben Gurion University of the Negev, and summarises the results of 1,112 parole board hearings in Israeli prisons, over a ten month period. The vertical axis is the proportion of cases where the judges granted parole. The horizontal axis shows the order in which the cases were heard during the day. And the dotted lines, they represent the points where the judges went away for a morning snack and their lunch break.

The graph is dramatic. It shows that the odds that prisoners will be successfully paroled start off fairly high at around 65% and quickly plummet to nothing over a few hours (although, see footnote). After the judges have returned from their breaks, the odds abruptly climb back up to 65%, before resuming their downward slide. A prisoner’s fate could hinge upon the point in the day when their case is heard.

These rulings were made by eight Jewish-Israeli judges, with an average of 22 years of judging behind them. Their verdicts represented 40% of all parole requests in the country during the ten months. Every day, each judge considers between 14 and 35 cases, spending around 6 minutes on each decision. They take two food breaks that divide their day into three sessions. All of these details, from the decision to the times of the breaks, are duly recorded.

As you might expect, the judges were less likely to grant parole to prisoners who were earmarked as potential re-offenders, or to those who weren’t part of a specific rehabilitation programme. That’s rational enough, but the influence of the food breaks is less so! Danziger found that the three prisoners seen at the start of each “session” were more likely to be paroled than the three who are seen at the end. That’s true regardless of the length of their sentence, or whether they had been incarcerated before.

What’s more, the judges didn’t predict this effect when Danziger asked them, even though they are well aware of their own actions. The criminologists or social workers who sit on the parole boards hadn’t realised either. Jonathan Levav, who c0-led the study, says, “There are no checks about the judges’ decisions because no one has ever documented this tendency before.  Needless to say, I would expect there to be something put into place after this.”

Danziger thinks that the judges’ behaviour can be easily explained. All repetitive decision-making tasks drain our mental resources. We start suffering from “choice overload” and we start opting for the easiest choice. For example, shoppers who have already made several decisions are more likely to go for the default offer, whether they’re buying a suit or a car. And when it comes to parole hearings, the default choice is to deny the prisoner’s request. The more decisions a judge has made, the more drained they are, and the more likely they are to make the default choice. Taking a break replenishes them.

There are several other ways of explaining this striking pattern but Danziger ruled all of them out. It wasn’t the case that a few individuals skewed the data, for the pattern was consistent across all the judges. The results weren’t due to discrimination, for the judges treated the prisoners equally regardless of their gender, ethnicity or the severity of their crime.

Danziger considered that the judges might have an unconscious “quota” of favourable decisions. After they’ve doled out some positive verdicts, they are compelled to dish out some negative ones for balance. But that wasn’t the case – the likelihood that the judges would grant parole didn’t depend on the proportion of favourable rulings beforehand.

It’s not possible that someone ordered the cases in a special way. The judges know nothing about upcoming cases ahead of time, so they can’t decide to take a break in the knowledge that an easy positive case is coming up. They also have control over when they set their breaks, so prison staff cannot predictably schedule the hearings in order of ease. And Danziger showed that the judges weren’t any more likely to take a break after particularly difficult cases or severe crimes.

The only remaining explanation is one that legal realists have been pushing for years – that judges, even experienced ones, are vulnerable to the same psychological biases as everyone else. They can deliver different rulings in similar cases, under the influence of something as trivial as a food break. Their training, their experience, and the weighty nature of their decisions do not insulate them from the sort of problems that plague our everyday mental abilities (and indeed, this isn’t the first study to demonstrate this).

This doesn’t mean that judges make decisions arbitrarily – after all, the figures showed that rehabilitation and the likelihood of reoffending also affected the outcomes. Nita Farahany, a professor of law at Vanderbilt University, says, “To me, this study underscores that decision-making is complex and does not occur in a theoretical or formalistic vacuum.” She says that similar studies have found that people from medical residents to air force pilots make more errors when they go for long periods without rest.

“Such studies have helped inform policy changes designed to minimize human errors that arise from lack of sleep, and mental and physical exhaustion,” Farahany says. “That legal decision-makers might also be impacted by mental or physical exhaustion should be unsurprising. Improvements in medicine, military combat, and other critical decision-making contexts have required that attention be paid to the effects of exhaustion. Likewise, improvements in the justice system may likewise require that society acknowledge the effects of biological contributions to legal decision-making.”

Footnote: The number of cases in each “session” varies from day to day, depending on when the judge calls their break. This means that the data points at the start of each session are based on a large number of cases, but those at the end are based on fewer cases. So there are still stark plummets in the odds of a favourable decisiom but on most days, they don’t quite drop to zero. This doesn’t diminish the power of the result, but it’s worth bearing in mind that the judges aren’t automatically denying parole because they’re hungry!