It sure does look like a flying saucer zinging around Saturn

But in reality, it is a flying saucer moon named Atlas 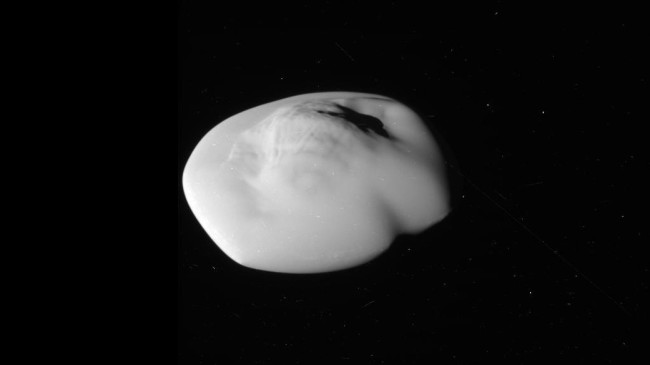 Source: NASA Who knew? I certainly didn't... Saturn has a moon shaped eerily like a flying saucer. Check it out in the image above, acquired by NASA's Cassini spacecraft on April 12, 2017 during a flyby that came as close as 7,000 miles from the moon. This is the closest image ever taken of the moon, named Atlas, according to NASA. The object is just 19 miles across; it orbits Saturn just outside the giant planet's A ring — the outermost of Saturn's main rings. 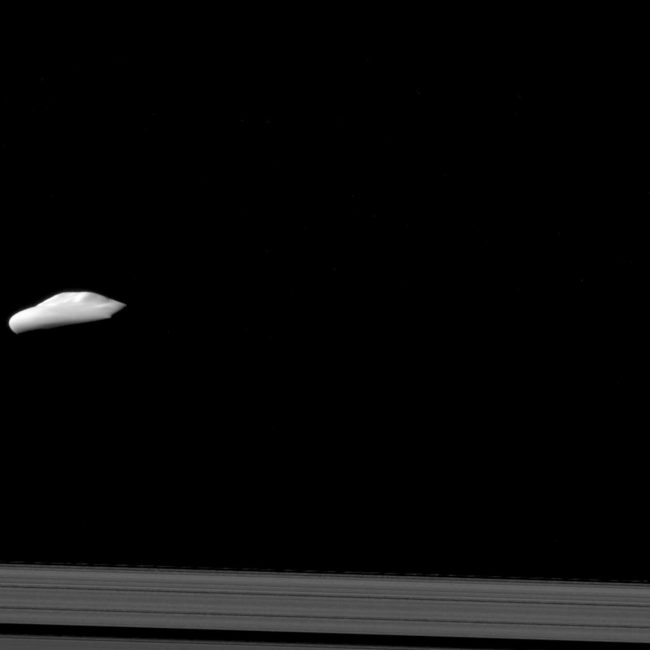 Cassini acquired this image of Atlas on Dec. 6, 2015. (Source: NASA/JPL-Caltech/Space Science Institute) In the image above, taken by Cassini in 2015, you can see Atlas and Saturn's A ring, which is at the bottom of the image. Atlas was discovered in photographs taken by Voyager in 1980 as the spacecraft encountered Saturn.