... it's Falcon rocket engineering. I mentioned in my post about McCain and Mars exploration that I'd talka bit more about civilian space companies. Space X wants to be the first civilian company to build a rocket that can put a package into orbit, and they're very close. They've had two test flights of their first-generation Falcon 1 rocket, and the third flight will be late June or early July. The first two tests had limited success (they lost the first one right after launch, and the second one almost made it into orbit). I'm pretty excited about this company, and we may need them very badly in a few years once the Shuttle is retired, but before Orion is ready to put people into orbit. 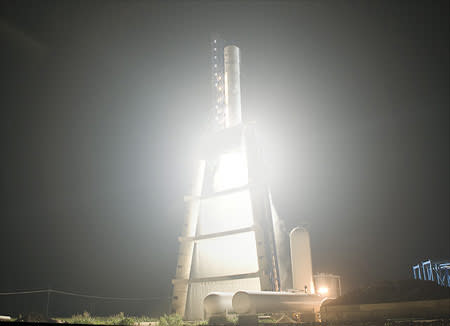 Space X continues to march forward. The Falcon 9 rocket is the big one they're working, and it will use a complement of nine Merlin engines to launch. They tested a cluster of five of their Merlin engines on May 29th and put the video online (MS ASX format). Crank up the speakers for the full effect. Wow.