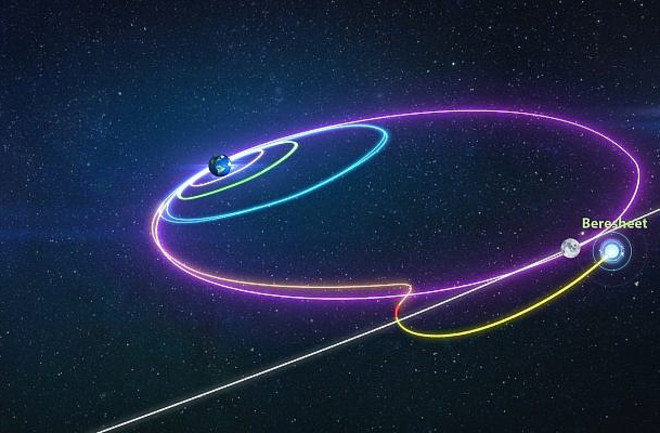 Beresheet, the first privately launched moon lander, has a site selected — and it’s in a fairly familiar locale.

Scientists at Israeli spaceflight company SpaceIL, working with Jim Head of Brown University — who also worked on the Apollo missions — chose Mare Serenitatis as the landing spot for their historic moon landing. It’s free of large rocks and craters, obstacles that can prove hazardous or even fatal to landers, something that also appealed to a very different set of moon missions decades ago.

After its latest engine firing, Beresheet is on a course for the moon, where it will touch down in April. The craft is slated to land about 100 miles from both the Apollo 15 and 17 lander sites, about equidistant between them. However, Oded Aharonson, a mission scientist, says that it’s entirely coincidental. “The understanding of the surface we gained from Apollo 15 and 17 influenced our thinking in evaluating sites, but the location was not chosen to have them in proximity,” he says.

So what went into the site selection? The Beresheet craft — which means “Genesis” in Hebrew — is equipped with a magnetic field sensor, and Serenitatis is an area rife with magnetic field activity. The rocks there are between 2.9 and 3.4 billion years old, a time that might shed light on the slowing and eventual stopping of the moon’s molten core, which acted as a dynamo converting physical motion into magnetic field.

“This time period is particularly interesting for our investigation, because it represents a time period during which Apollo samples show a significant decline in magnetization,”Aharonson says. “Thus, measuring and correlating the field with specific units would enable constraining the timing of the demise of the lunar dynamo responsible for magnetizing the surface rocks.”

Such information would help scientists understand the history of the moon, and give us additional insights into the evolution of planets and other rocky bodies as they age — including Earth.

Beresheet was launched on February 22 and put in orbit around Earth. The craft, after a burn that put it in an elliptical orbit around the Earth within reach of the moon, will officially enter lunar orbit on April 4. It will land a week later, touching down on April 11. Along with its science payload, the craft also carries a digital time capsule from Earth for future generations to find, featuring Israeli cultural items, a copy of the Bible, a copy of English-language Wikipedia up to launch date and more.