For thousands of years, different civilizations have attached stories and symbolism to the same starry configurations in the night sky. 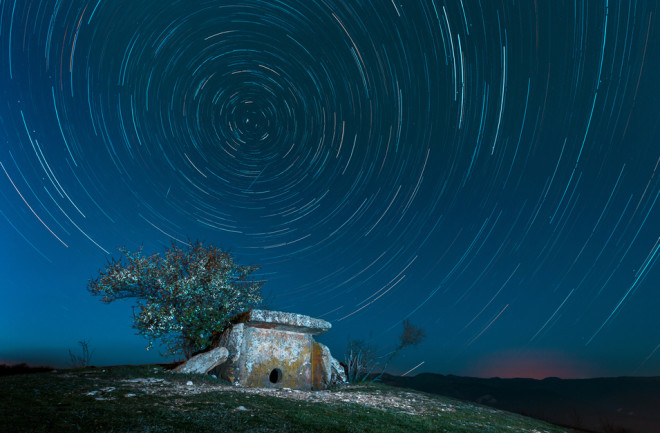 Civilizations come and go, with some lasting mere decades while others endure for millennia. But what rarely changes, at least on human timescales, are the stars above us. Nonetheless, past cultures have often connected the dots of various stars in different ways — representing everything from the myths of creation to legendary figures and godlike animals, depending on the viewer.

Some of these cultural references go back thousands of years and are possibly even older. They represent early examples of humanity’s preoccupation with symbolism in the world around us and how vastly different cultures have sometimes interpreted the sky in similar ways.

“Cultures around the world organize stars into constellations or asterisms, and these groupings are often considered to be arbitrary and culture-specific,” wrote the authors of a recent paper published in Psychological Science. “Yet there are striking similarities in asterisms across cultures, and groupings such as Orion, the Big Dipper, the Pleiades and the Southern Cross are widely recognized across many different cultures.”

Unfortunately, many stellar groupings that some ancient cultures recognized are still not well understood by modern scholars — although we have identified some of their names and corresponding hieroglyphs or the role these stars played in calendar systems. Below are a few examples of ancient constellations and asterisms that we do know well, and what they meant to the cultures that connected their astral dots.

Sometimes called the oldest named constellation, Taurus the Bull can be seen in the Northern Hemisphere during the winter and early spring. The red giant star Aldebaran makes up one of the Bull’s eyes.

Many ancient cultures interpreted this collection of stars as a bull. Some researchers even believe that cave paintings in France dating to 17,000 years ago may have shown the constellation. In a Greek myth, the constellation recalls how Europa, the daughter of a Phoenician king, climbed on the back of an imposing bull who turned out to be Zeus. Zeus then flew off to Crete with Europa on his back.

Other older cultures in the Middle East also worshipped bulls — in places like ancient Babylon and Egypt. Among the ancient Sumerians, the constellation may be linked to the Epic of Gilgamesh, where the titular hero fights a bull that comes from the sky called the Bull of Heaven.

One of the most widely recognized star groupings in the night sky carries several different interpretations, depending on the culture and time period you’re talking about. The Big Dipper is nearly always above the horizon at night as long as you are north of the 35th parallel. Perhaps, for this reason, the constellation has been used by sailors and other travelers to determine which way is north at night — the front lip of the Dipper points in a straight line towards the North Star, or Polaris. The latter star also makes up the end of the handle of the Little Dipper.

Even in ancient Greece and the Middle East, the stars that make up the Big Dipper were actually just part of a larger constellation known as Ursa Major, or the Great Bear. The Great Bear is mentioned in the Old Testament and Homer’s Iliad. But these stars are also interpreted similarly by several Indigenous cultures in North America.

The idea of the Big Dipper may be a little more modern, at least in the way it’s talked about in North America, though the origins of that interpretation are uncertain. The constellation may have had a similar meaning in ancient China, where it was significant at least 2,000 years ago when it showed up in carvings.

Several ancient cultures know this cluster of stars as the “Seven Sisters,” “Seven Maidens” or other similar names. But while usually, only six or seven stars are visible to many people, the group actually has as many as 12 visible to the naked eye in a very dark area. In ancient Greece, the name Pleiades refers to the seven daughters of Atlas, the Titan god. In Indian myths, the seven stars represent important sages.

Regardless of the interpretation, this asterism also had practical uses for several cultures, because it rises near dawn in the spring in the Northern Hemisphere. This signified the beginning of sea travel and farming for some cultures. In some South American Indigenous cultures, the same word used for this star cluster means “year,” indicating the passage of the constellation in the sky was used to track time.

Many European legends hold that the constellation Orion is a hunter with a bow. The red eye of Taurus actually faces Orion, leading some cultures to conclude the two are fighting. The name Orion comes from the Greek legend.

Ancient Egyptians believe the three stars of Orion’s belt were the place where the god Osiris’ soul resided, while the Arabs saw the whole constellation as a giant. Some fringe theories even held that the Egyptian pyramids at Giza are aligned with the positioning of the stars in Orion’s belt, though most scholars are skeptical of this idea. In Spanish-speaking cultures, the three stars that make up the belt are often called the Las Tres Marias (the three Marys), a biblical allusion.

While neither a constellation nor an asterism, the stretch of our home galaxy has been interpreted similarly to other shapes in the sky for millennia by many different cultures.

One common theme is that the Milky Way represents a celestial river. In East Asia, it was a river in heaven, while Greeks and Romans believed the river flowed with milk from their goddesses. For the Inuit, the river was made of snow rather than water. And for the ancient Egyptians, it was composed of wheat. Among the Navajo, the Milky Way represented coyote mischief at a time when the stars were first placed in the sky in creation myths.

No matter how various cultures interpreted our Milky Way cutting across the night sky, one thing is for sure: It was a fixture of their lives.