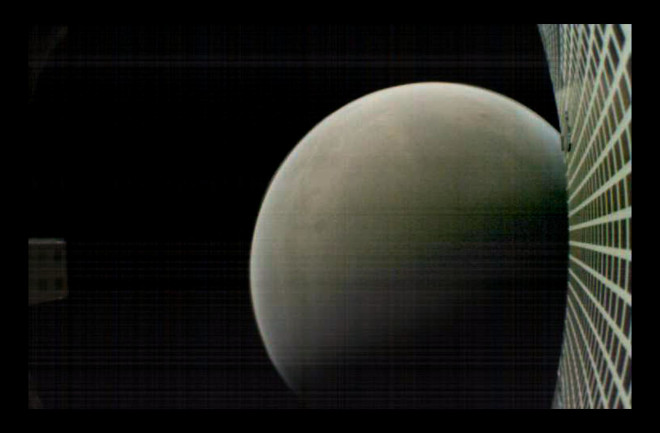 Yesterday, NASA’s InSight lander touched down successfully on the martian surface in a flawless feat of engineering.

Two briefcase-sized satellites known as CubeSats followed the exploratory probe all the way from Earth to the Red Planet. These twin Cubesats are the first of their kind to ever travel to another planet, and are already, successfully relaying important data to Earth, connecting us to Mars like never before. In fact, these satellites transmitted InSight’s first look at its surroundings almost immediately after the probe safely landed.

These CubeSats are known as Mars Cube One satellites or MarCO CubeSats (individually called MarCO-A and MarCO-B and nicknamed “EVE” and “WALL-E” from the Pixar film “Wall-E”). They were developed and built in NASA’s Jet Propulsion Laboratory to transmit information to NASA from InSight. But, while CubeSats are fairly standardized spacecraft and are often built by students, the MarCOs are the first of their kind. Previously, all CubeSats have orbited Earth, but the MarCOs are the first to travel to another planet.

“MarCO-A and B are our first and second interplanetary CubeSats designed to monitor InSight for a short period around landing, if the MarCO pair makes it to Mars,” Jim Green, director of NASA’s planetary science division, said in a statement. “They are a demonstration of potential future capability. The MarCO pair will carry their own communications and navigation experiments as they fly independently to the Red Planet.”

The Future of Space Satellites

The successful functioning of the MarCOs could even support the process of future spacecraft landings, as these CubeSats will allow engineers to record landings on Mars. Before InSight, only about 40 percent of martian landings were successful, according to a statement. But, by watching landings with the MarCOs, engineers could make improvements to improve this statistic.

The MarCOs have also supported scientific exploration at Mars, even though they do not carry any scientific equipment. As MarCO-A flew by Mars, it transmitted signals through the martian atmosphere. By studying how the signals were changed by the martian atmosphere, scientists could figure out what the atmosphere was made up of and even how much of it was present, according to the statement. The MarCOs are also able to capture unique images as they pass by the Red Planet and some of its moons.

The MarCOs — interplanetary devices that connect communications between Earth and Mars — are also extremely cost-efficient, adding to their appeal.

“CubeSats have incredible potential to carry cameras and science instruments out to deep space. They’ll never replace the more capable spacecraft NASA is best known for developing. But they’re low-cost ride-alongs that can allow us to explore in new ways,” John Baker, JPL’s program manager for small spacecraft said in the statement.