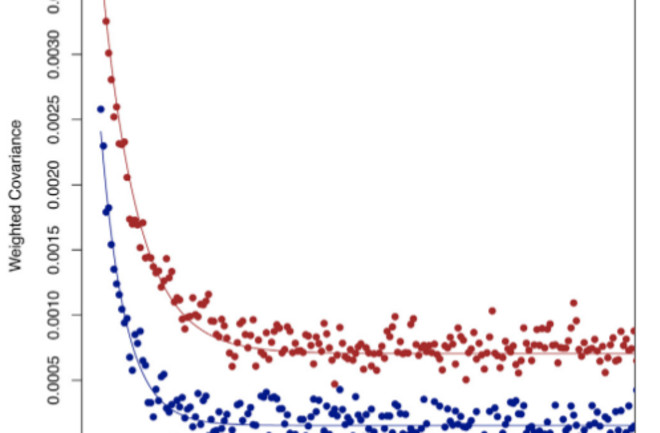 The Pith:In India 5,000 years ago there were the hunter-gathers. Then came the Dravidian farmers. Finally came the Indo-Aryan cattle herders.

There is a new paper out of the Reich lab, Genetic Evidence for Recent Population Mixture in India, which follows up on their seminal 2009 work, Reconstructing Indian Population History. I don’t have time right now to do justice to it, but as noted this morning in the press, it is “carefully and cautiously crafted.” Since I am not associated with the study, I do not have to be cautious and careful, so I will be frank in terms of what I think these results imply (note that confidence on many assertions below are modest). Though less crazy in a bald-faced sense than another recent result which came out of the Reich lab, this paper is arguably more explosive because of its historical and social valence in the Indian subcontinent. There has been a trend over the past few years of scholars in the humanities engaging in deconstruction and intellectual archaeology which overturns old historical orthodoxies, understandings, and leaves the historiography of a particular topic of study in a chaotic mess. From where I stand the Reich lab and its confederates are doing the same, but instead of attacking the past with cunning verbal sophistry (I’m looking at you postcolonial“theorists”), they are taking a sledge-hammer of statistical genetics and ripping apart paradigms woven together by innumerable threads. I am not sure that they even understand the depths of the havoc they’re going to unleash, but all the argumentation in the world will not stand up to science in the end, we know that.

Since the paper is not open access, let me give you the abstract first:

Most Indian groups descend from a mixture of two genetically divergent populations: Ancestral North Indians (ANI) related to Central Asians, Middle Easterners, Caucasians, and Europeans; and Ancestral South Indians (ASI) not closely related to groups outside the subcontinent. The date of mixture is unknown but has implications for understanding Indian history. We report genome-wide data from 73 groups from the Indian subcontinent and analyze linkage disequilibrium to estimate ANI-ASI mixture dates ranging from about 1,900 to 4,200 years ago. In a subset of groups, 100% of the mixture is consistent with having occurred during this period. These results show that India experienced a demographic transformation several thousand years ago, from a region in which major population mixture was common to one in which mixture even between closely related groups became rare because of a shift to endogamy.

I want to highlight one aspect which is not in the abstract: the closest population to the “Ancestral North Indians”, those who contributed the West Eurasian component to modern Indian ancestry, seem to be Georgians and other Caucasians. Since Reconstructing Indian Population History many have suspected this. I want to highlight in particular two genome bloggers, Dienekes and Zack Ajmal, who’ve prefigured that particular result. But wait, there’s more! The figure which I posted at the top illustrates that it looks like Indo-European speakers were subject to two waves of admixture, while Dravidian speakers were subject to one!

The authors were cautious indeed in not engaging in excessive speculation. The term “Indo-Aryan” only shows up in the notes, not in the body of the main paper. But the historical and philological literature is references:

The dates we report have significant implications for Indian history in the sense that they document a period of demographic and cultural change in which mixture between highly differentiated populations became pervasive before it eventually became uncommon. The period of around 1,900–4,200 years BP was a time of profound change in India, characterized by the deurbanization of the Indus civilization, increasing population density in the central and downstream portions of the Gangetic system, shifts in burial practices, and the likely first appearance of Indo-European languages and Vedic religion in the subcontinent. The shift from widespread mixture to strict endogamy that we document is mirrored in ancient Indian texts. [notes removed -Razib]

How does this “deconstruct” the contemporary scholarship? Here’s an Amazon summary of a book which I read years ago, Castes of Mind: Colonialism and the Making of Modern India:

When thinking of India, it is hard not to think of caste. In academic and common parlance alike, caste has become a central symbol for India, marking it as fundamentally different from other places while expressing its essence. Nicholas Dirks argues that caste is, in fact, neither an unchanged survival of ancient India nor a single system that reflects a core cultural value. Rather than a basic expression of Indian tradition, caste is a modern phenomenon–the product of a concrete historical encounter between India and British colonial rule.Dirks does not contend that caste was invented by the British. But under British domination caste did become a single term capable of naming and above all subsuming India’s diverse forms of social identity and organization.

The argument is not totally fallacious, as some castes are almost certainly recent constructions and interpretations, with fictive origin narratives. But the deep genetic structure of Indian castes, which go back ~4,000 years in some cases, falsifies a strong form of the constructivist narrative. The case of the Vysya is highlighted in the paper as a population with deep origins in Indian history. Interestingly they seem to be a caste which has changed its own status within the hierarchy over the past few hundred years. Where the postcolonial theorists were right is that caste identity as a group in relation to other castes was somewhat flexible (e.g., Jats and Marathas in the past, Nadars today). Where they seem to have been wrong is the implicit idea that many castes were an ad hoc crystallization of individuals only bound together by common interests relatively recently in time, and in reaction to colonial pressures. Rather, it seems that the colonial experience simply rearranged pieces of the puzzle which had deep indigenous roots.

Stepping back in time from the early modern to the ancient, the implications of this research seem straightforward, if explosive. One common theme in contemporary Western treatments of the Vedic period is to interpret narratives of ethnic conflict coded in racialized terms as metaphor. So references to markers of ethnic differences may be tropes in Vedic culture, rather than concrete pointers to ancient socio-political dynamics. The description of the enemies of the Aryans as dark skinned and snub-nosed is not a racial observation in this reading, but analogous to the stylized conflicts between the Norse gods and their less aesthetically pleasing enemies, the Frost Giants. The mien of the Frost Giants was reflective of their symbolic role in the Norse cosmogony.

What these results imply is that there was admixture between very distinct populations in the period between 0 and 2000 B.C. By distinct, I mean to imply that the last common ancestors of the “Ancestral North Indians” and “Ancestral South Indians” probably date to ~50,000 years ago. The population in the Reich data set with the lowest fraction of ANI are the Paniya (~20%). One of those with higher fractions of ANI (70%) are Kashmiri Pandits. It does not take an Orientalist with colonial motives to infer that the ancient Vedic passages which are straightforwardly interpreted in physical anthropological terms may actually refer to ethnic conflicts in concrete terms, and not symbolic ones.

Finally, the authors note that uniparental lineages (mtDNA and Y) seem to imply that the last common ancestors of the ANI with other sampled West Eurasian groups dates to ~10,000 years before the present. This leads them to suggest that the ANI may not have come from afar necessarily. That is, the “Georgian” element is a signal of a population which perhaps diverged ~10,000 years ago, during the early period of agriculture in West Asia, and occupied the marginal fringes of South Asia, as in sites such as Mehrgarh in Balochistan. A plausible framework then is that expansion of institutional complexity resulted in an expansion of the agriculture complex ~3,000 B.C., and subsequent admixture with the indigenous hunter-gatherer substrate to the east and south during this period. One of the components that Zack Ajmal finds through ADMIXTURE analysis in South Asia, with higher fractions in higher castes even in non-Brahmins in South India, he terms “Baloch,” because it is modal in that population. This fraction is also high in the Dravidian speaking Brahui people, who coexist with the Baloch. It seems plausible to me that this widespread Baloch fraction is reflective of the initial ANI-ASI admixture event. In contrast, the Baloch and Brahui have very little of the “NE Euro” fraction, which is found at low frequencies in Indo-European speakers, and especially higher castes east and south of Punjab, as well as South Indian Brahmins. I believe that this component is correlated with the second, smaller wave of admixture, which brought the Indo-European speaking Indo-Aryans to much of the subcontinent. The Dasas described in the Vedas are not ASI, but hybrid populations. The collapse of the Indus Valley civilization was an explosive event for the rest of the subcontinent, as Moorjani et al. report that all indigenous Indian populations have ANI-ASI admixture (with the exceptions of Tibeto-Burman groups).

Overall I’d say that the authors of this paper covered their bases. Though I wish them well in avoiding getting caught up in ideologically tinged debates. Their papers routinely result in at least one email to me per week, ranging from confusion to frothing-at-the-mouth.