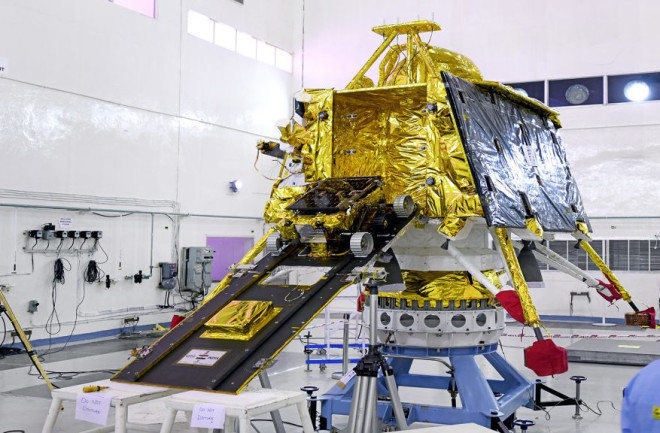 India is expected to launch their second lunar mission, Chandrayaan-2 on July 14. The launch will take up an orbiter, a lander, and a rover, dubbed Pragyan, all designed to study the moon’s little explored south pole.

Using the Indian Space Research Organization’s (ISRO) most powerful rocket, Chandrayaan-2 will reach Earth’s orbit, where it’ll spend about 16 days before it heads over to the moon.

After a short time in lunar orbit, the lander and the rover will attempt to touch down on the moon’s surface around September 6 or 7, if all goes as planned.

For about 14 days, the rover will explore this rarely studied lunar area, collecting samples and performing experiments. Meanwhile, Chandrayaan-2’s orbiter is expected to remain operational for about a year, sending back information about the moon to ISRO.

The new data should help offer insights into moon’s origin, as well as Earth’s own history. And along the way, the Indian space agency also says it will test new technologies that could be used in future deep space travel.

During ISRO’s first lunar mission a decade ago, their Chandrayaan-1 orbiter mapped the Moon’s surface for some 300 days. It also smashed an instrument called the Moon Impact Probe into the surface, turning up traces of water.

If this second mission’s soft landing goes as planned, India will be just the fourth country to gently touch down on the moon, joining Russia, the U.S. and China.