If We Find Alien Life, Can We Avoid Harming It? 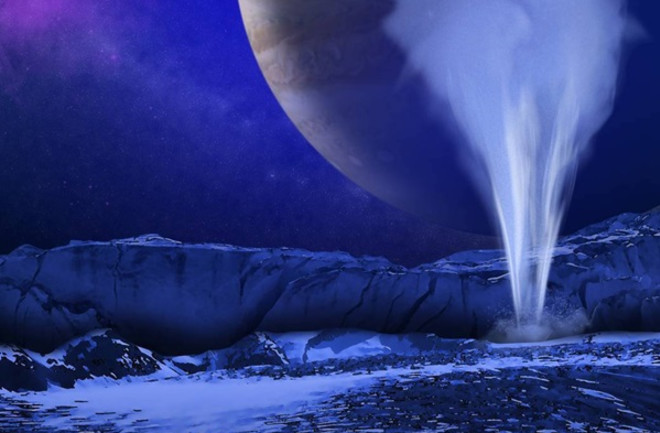 Subsurface water on Jupiter’s moon Europa is one place humans plan to search for life. This artist’s concept shows a massive plume of underground water erupting from the moon’s surface. (Credit: NASA/ESA/K. Retherford/SWRI)

As humans explore the solar system, the tantalizing possibility of discovering extraterrestrial life continues to pop up. But the goal of most scientists is to discover existing life on another world, not to accidentally bring it there from Earth. Whether travelers are robotic probes or human astronauts, scientists are increasingly faced with the challenge of preventing the contamination of alien environments. But if we uncover still-evolving alien life on another world, can we even justify going there?

There are both important scientific and ethical reasons why cross-contaminating another planet or asteroid doesn’t sit well with many.

Scientifically, “you don’t want to find yourself in the position of equivocating about whether you found something left behind by a previous probe versus something which truly represents a separate generation of life,” says James H. Beall, a senior consultant in the Space Sciences Division at the Naval Research Laboratory in Washington, D.C., and a member of the faculty at St. John’s College in Annapolis, Maryland.

That’s not to dismiss the ethical concerns, though. Beall says that should humans find signs of extraterrestrial life, we will have to face tests about whether we’re there for exploitation, preservation, or a mixture of both that’s more akin to animal husbandry.

“The way in which these kinds of things [extraterrestrial life] are kept by us and preserved by us — whether they reveal the original state and original evolutionary paths — is very important,” he says. “Not just from a scientific point of view, but also as far as the kind of regard we ought to have for the remarkable complexity of the world.”

Though no extraterrestrial microbial life has yet been found, Beall says, “Evolution seems to take place on almost any environment on Earth where it can.” The presence of extremophiles — organisms that thrive in difficult environments such as the high-pressured waters of the Mariana Trench or the desiccated sands of the Atacama Desert — suggests that life can evolve and prosper in surprising places.

What’s to say that couldn’t also be the case beyond Earth? Microbes might be the cause of methane on Mars. They might explain the mysterious behavior of the unknown absorbers in Venus’ atmosphere. Or perhaps microorganisms inhabit the subsurface ocean of Europa. For this reason, we already take some precautions to avoid polluting other worlds with Earth-based life, such as decontaminating rovers and landers before they venture out into the solar system. But is that really enough?

Guidelines, but No Enforcement

Humans have been concerned about these issues for decades. The Outer Space Treaty of 1967, for example, called on its member nations to avoid “harmful contamination” of the Moon and other celestial bodies. The Committee on Space Research of the International Council for Science, established in 1958, maintains a Planetary Protection Policy that aims to address the specifics of fulfilling this charge.

For example, in an August 2019 report, the Panel on Planetary Protection described its ongoing study of the ESA’s JUpiter ICy moons Explorer (JUICE) mission, which is scheduled to launch in 2022 to explore the solar system’s largest planet and its moons, as well as NASA’s Europa Clipper mission, which plans to investigate Jupiter’s smallest Galilean moon after launching in 2023. The panel has also called for scientific inquiry into how contamination could travel through the atmosphere of Mars in advance of proposed human missions to the Red Planet, raising questions about how much one human settlement or exploration site could impact the environment as a whole.

Proposed human missions to Mars may call for extra measures to protect against contamination. This false-color image shows Jezero Crater, the planned landing site for the Mars 2020 rover. (Credit: NASA/JPL-Caltech/ASU)

As of January 2019, 109 countries are parties to the Outer Space Treaty, and another 23 have signed but not yet ratified it. According to John D. Rummel, a senior scientist at the SETI Institute, “the treaty has no enforcement provisions.” He adds that not all member states, including the United States, have implemented the Outer Space Treaty into national law. This could be of particular concern as private enterprises become significant players in exploring the solar system.

When the question of life is placed out front, most experts immediately talk about the importance of preserving it. Beall sees human carelessness as one of the biggest risks to extraterrestrial life.

Perhaps it’s less likely that humanity would deliberately decide to sterilize life on, say, an asteroid, than that we would do so inadvertently. “Once we get to the point of wanting to mine an asteroid for resources, we need to see if there’s anything there we need to worry about,” he says. As a positive example, he points to the caution and international agreements like the Antarctic Treaty that have guided scientific exploration of the Antarctic.

Rummel says that Outer Space Treaty provisions preclude the idea of deliberately harming life in order to exploit resources, but adds that clarifications are needed to guide future space development. The Hague International Space Resources Governance Working Group is actively addressing these questions — its next meeting will be in Luxembourg in November — but Rummel notes that its suggestions would still need to be made into law before they are enforceable.

Humans have also explored the ethical questions around extraterrestrial life for decades through storytelling. Bestselling author and Hugo-award winner John Scalzi points out that science fiction “kind of contains it all.” He says, “There are people who have postulated that the best thing we can do with life we discover is to leave it alone and set up rigorous systems to allow it to take its course. On the flip side, we have other stories where not only do we not leave it alone, we go and we try to give it intelligence of a sort that we understand.”

When thinking about life, Scalzi says, people often focus on larger creatures, as opposed to the more likely scenario of “We found life! It’s slime!” He says, “We have to ask ourselves, is this slime any less deserving of our consideration and protection than something that is more closely evolved to something we can understand and sympathize with?”

The hypothetical slime may be at special risk, he warns, since humanity’s science is often entwined with commercial interests. Yet wildlife advocacy movements are often tied to creatures understood to be appealing. “It’s ‘Save the pandas,’” Scalzi says, “not ‘Save the mole rats.’”

It’s possible, he says, that humans might decide to proceed with resource extraction or continued investigation, reasoning that the risk to a microorganism is justified, or that any potential harm can be isolated, or even that we understand all the possible vectors of harm. “But as things go on,” he says, “I think we understand that we really overprivilege large animals or large life.”

Rummel calls the question of whether habitable worlds harbor extraterrestrial life “critical” for charting a path forward through science, commerce, and tourism. “The answer to that question will govern whether we learn anything about life in space, whether there is a competing value in the scientific exploration of an unexploited planet that may supersede common resource-extraction pursuits such as mining, or whether it is safe to take tourists to a place and then return them to Earth’s biosphere,” he says.

Until we know for sure, he adds, “What will speak most clearly and loudly is data. Look for organisms and look hard.”