It depends on how deep you look into the DNA, according to new research. 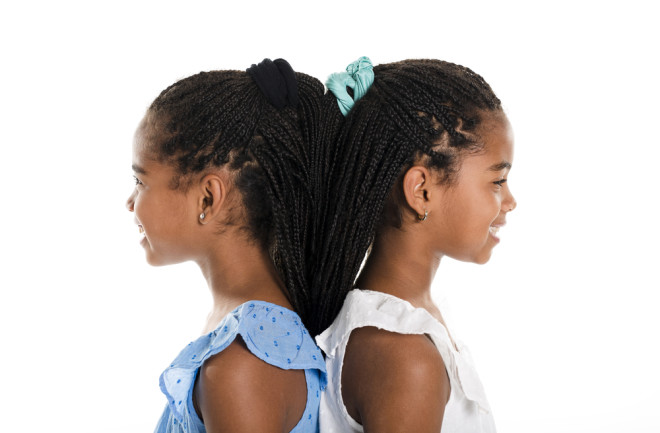 Identical twins are...identical, right? That’s why we call them "identical" and not "uncannily similar" or "a heck of a lot alike." In reality, it’s a bit more complicated.

A better word for what we call "identical twins" is the technical one: monozygotic. That means both embryos come from the same fertilized egg, or zygote. That egg has already received a strand of DNA from each parent. Then the zygote splits, creating two highly similar individuals with the same set of genetic instructions called the genome. (Fraternal twins, meanwhile, develop from separate eggs and are called dizygotic twins.)

But as anyone who knows a pair of identical twins can tell you, they’re not always truly identical. Sometimes the differences are so subtle that only close friends and relatives can spot them. Other times, the differences are pretty obvious, especially as the twins age. There are a couple of reasons for this.

One is that genetic expression shifts depending on context. “Life experiences, also known as environmental factors, change how some genes are expressed,” explains Nathaniel Robin, medical director in the Department of Genetics at the University of Alabama at Birmingham Medical Center. “So at one level, as twins get older, because they have different life experiences they're bound to have different influences and have different genes expressed.”

Differences in twins can be obvious and caused by lifestyle. For example, both of a set of monozygotic twins might develop pattern baldness as they age (a genetic trait), but the one who plays tennis every weekend doesn’t grow the pot belly sported by his brother. Or, the changes can take place at the molecular level. “Genetic changes occur over a lifetime because the DNA replication mechanism isn't perfect,” Robin says.

These discrepancies don’t just appear after years of hard (or relatively breezy) living, though. A January 2021 study published in Nature Genetics found that genetic mutations can start early in the course of development and cause quite a bit of genetic variation between twins.

Of 381 pairs of monozygotic twins studied, 39 pairs contrasted by more than 100 mutations and only 38 lacked any differences. On average, the study found 5.2 mutations between the siblings. One surprise in the data: the highly uneven distribution of mutations. “Our analysis demonstrates that in 15 percent of monozygotic twins a substantial number of mutations are specific to one twin but not the other,” the researchers wrote. When several differences exist, it’s likely that the embryo split early on in the developmental process, according to the study authors — this means that many monozygotic twins weren’t identical for long.

The Future of Twin Studies

Twins have long been the darlings of genetic research. Because monozygotic twins were thought to be genetically identical, they were perfect for sorting out which traits and illnesses have a genetic basis and which are environmentally influenced. Researchers have worked with twins to study hypertension, diabetes, psychiatric illnesses and other diseases and conditions that are influenced by both genetic and non-genetic factors. “If you look at fraternal twins and identical twins, and you see that identical twins share a trait at a higher rate than fraternal twins do, then you would say there's a much stronger genetic basis to it,” Robin says.

But now that it’s clear that monozygotic twins aren’t necessarily genetically identical, we should reconsider how we go about these studies. Similar to how researchers adjust their twin studies to account for environmental differences, they may now need to adjust for genetic ones, too.