Icy, Earth-like Worlds May Be Rare

Hundreds of thousands of simulations show few possible exoplanets with climate conditions like ours. 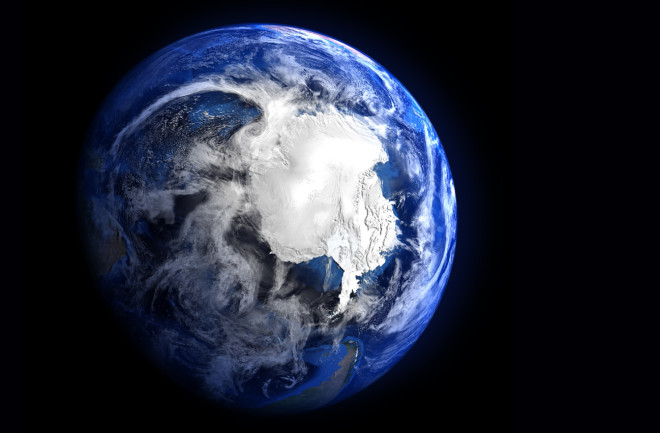 Humans have long looked to the sky and wondered how many Earth-like worlds were out there. Thanks to powerful telescopes developed in recent years, both professional and amateur astronomers have discovered a plethora of planets orbiting other stars. In the three decades since the first confirmed exoplanet, they’ve indexed more than 4,000 — many of which sit at similar distances from their stars.

But that’s led researchers to another question: How many of these planets boast a climate like our own, with two poles covered in ice and a relatively ice-free middle?

To find out, a team of researchers from the University of Washington and the University of Bern computationally modeled hundreds of thousands of hypothetical exoplanets. They discovered that our fortunate ice situation isn’t that common, and is due mostly to Earth’s relatively moderate axial tilt.

“There are a lot of different factors that affect ice growth,” says Caitlyn Wilhelm. Wilhelm led the study, published in The Planetary Science Journal this year, as an undergraduate student at the University of Washington and is now a software engineer at the university's Virtual Planetary Laboratory.

Wilhelm and her co-authors created a model that examined hypothetical exoplanets orbiting their stars at distances habitable for humans. They ran this model using three types of stars: G-types, like our Sun, and F- and K-types, which are relatively similar in size and heat to our Sun.

For each exoplanet, the researchers varied factors such as its axial tilt (planets with a large axial tilt tend to wobble more, for example), the shape of its orbit, its mass, and the size and heat of its star. Altogether, they created about 270,000 variations based on these possible combinations and each encompassed a 1-million-year-long timespan.

They found that about 90 percent of the planets orbiting within their star’s habitable zone would be ice-free.

“The length of the seasons turned out to be the primary factor,” says Rory Barnes, an astronomer at the Virtual Planetary Laboratory and a co-author on the study. The longer the year, for example, the more ice is melted during the summer. Shorter seasons seemed to help ice persist throughout the year.

If an Earth-like exoplanet was icy, the researchers found it was twice as likely to have an ice belt around its equator than it was to have its poles covered in ice, like on Earth. “We found that ice belts were a lot more common than we thought, but it depends on the spectrum of the star,” Wilhelm says, adding that these belts occurred most often around G- and K-type stars.

This occurred more often when the axial tilt was more than that of Earth’s 23.5 degrees — a relatively moderate tilt. This is likely because the tilt creates seasonal extremes that make polar climates more variable than equatorial regions, Wilhelm says.

Barnes says that these ice belts are likely more common in exoplanets in the habitable zone due to the process of planet formation. The initial axial tilt of many planets when they form are closer to 90 degrees, he says, so the low tilt of our own planet is comparatively rare: “The Earth does have some unique properties which are potentially relevant for why life arose here.”

The models also turned up some odd cases. In one, the axial tilt and shape of the orbit combined in such a way as to create a very chaotic seasonal fluctuation. The ice on that hypothetical world formed chaotically, with no real pattern. In other cases, planets went from sporting an ice belt to being ice-free every 10,000 or even 100,000 years — kind of like Earth’s ice age cycle, but way more extreme. Barnes says some of the planets even formed ice belts off the equator, somewhere in their northern hemispheres.

Ice caps like those on Earth only showed up in 3 to 4 percent of cases, the researchers report. These mostly occurred when the axial tilt was equal to or less than that of Earth, and around F-type stars were three times more common than ice belts.

Just the same, Earth’s current polar ice caps haven’t always been characteristic of our planet. The fact that we have ice caps at all now seems like a bit of an anomaly, Barnes say. He notes that they didn’t look at carbon dioxide cycling between the atmosphere and the interior of the planet as part of their models — something that might explain this.

When you look at the model more closely, “it turns out that for most of the past several hundred million years, the Earth has not had polar caps,” he says. “So in that sense … we happen to be living in this time period where we do have polar caps.”

This finding wasn’t expected, Barnes says. But overall, their models reveal the kinds of things astronomers might expect to encounter on real Earth-like planets as we build more powerful telescopes.