"Pillars of Creation" get a visual face-lift. 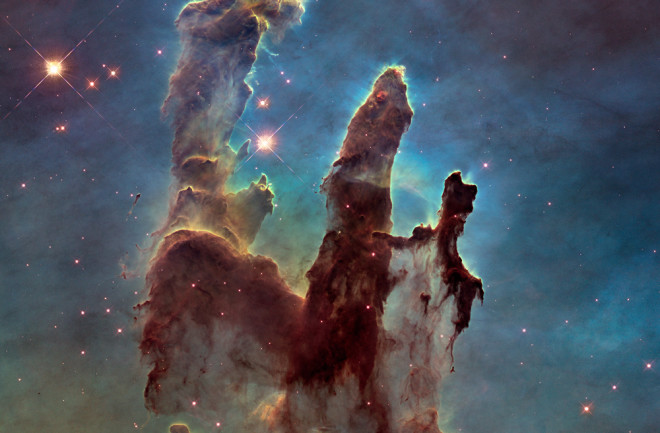 The “Pillars of Creation” have changed subtly since the original photo (below). | NASA, ESA and the Hubble Heritage Team (STScI/AURA)

To celebrate Hubble’s 25th anniversary, scientists captured a new look at a star-forming region seen in one of the space telescope’s most iconic images. Using its latest camera, Hubble shows a wider and sharper view of the Eagle Nebula’s “Pillars of Creation,” immense columns of cold gas bathed in the ultraviolet light of nearby massive young stars. Such an environment likely reflects the same kind of setting in which our sun formed 4.5 billion years ago.