The crustacean-inspired technology can help us analyze far-off phenomena, like supernovae collisions and solar wind, that extend past our own galaxy. 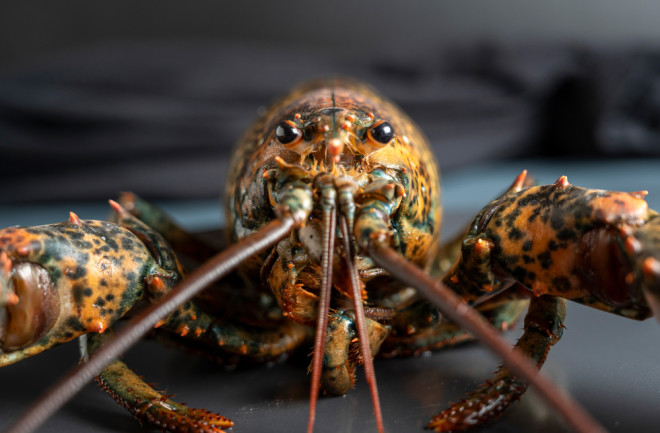 For more than half a century, scientists have sought to understand cosmic X-rays and what they reveal about our galaxy and the universe beyond it. As it turns out, lobsters can help astronomers do just that.

These crustaceans have specialized eyes that can sense motion in low-light environments. By mimicking their unique structure, scientists can build visual equipment, or optics, for missions outside of Earth’s orbit aiming to capture stray X-rays. In the future, this technique could broaden astronomer's view of the sky to detect astronomical events both near and far.

X-rays are emitted from celestial bodies that are extremely hot. Astronomers study them to learn more about black holes, galaxy clusters, stars that have exploded and other high-energy events that have long remained elusive. Going forward, the lobster eye-inspired technology may allow scientists to observe various X-ray sources over long periods of time and get a better sense of how they transform.

Lobster-based optics could impact astronomers’ understanding of everything from comets to stars and quasars to catastrophic supernovae events, George Fraser, Director of the University of Leicester Space Research Center, said in a 2006 statement.

Lobsters have developed specialized eyes to see in their dark, murky habitats located up to around 2,300 feet below the ocean surface. Though they can’t see images well, these crustaceans excel in sensing motion.

Unlike humans, whose eyes consist of rounded lenses that refract light, lobsters’ eyes depend on reflection. Each of their two eyes comprise up to 10,000 square-shaped tubes that are packed together. Each tube is lined with a flat, reflective surface that acts like a mirror to direct incoming light down to the retina.

These tiny cells can trap light — even in the dark — and focus it onto a layer of photoreceptors in the eye. This setup affords lobsters a full 180-degree view, compared with humans’ 120-degree vision.

In 1978, inspiration struck Roger Angel, an astronomer at the University of Arizona, while he read a Scientific American article about animal vision. He realized that an optical instrument mimicking lobster eyes could capture far more X-rays, including higher energy ones, than traditional X-ray telescopes.

X-rays can only reflect off of mirrorlike surfaces when they strike at a particularly shallow angle. To achieve this, X-ray instruments must be carefully positioned and have a narrow field of view. Angel hypothesized that a lobster-based instrument, with its multiple reflective tubes pointing in all directions, could capture X-rays from a much larger portion of the sky.

In 1992, researchers from Columbia University ran the first successful X-ray measurements using lobster-eye optics. It took another 15 years to adapt the technology for spacecraft missions.

“This is a technology that's been around a long time in astrophysics, looking for a use,” says Scott Porter, an astrophysicist at the NASA Goddard Space Flight Center. Porter’s team is developing specialized instruments, including the Solar-Terrestrial Observer for the Response of the Magnetosphere (STORM), to understand how solar wind interacts with Earth’s magnetic field.

Typically, current X-ray telescopes can only image the sky with a half-degree field of view. By contrast, the lobster-inspired optics instrument on STORM boasts a 20-by-20 degree field of view, an area 40 times larger than existing technologies.

“If we're going to image it, we don't just want to look at it like a pinpoint prick through this giant object. We want to see the whole thing,” Porter says. “We need something with a very wide field of view, which is what these lobster objects give us.”

To make these optics, manufacturers bundle thousands of tiny glass tubes. Mirrors that can reflect visible light typically absorb or transmit X-rays, so manufacturers coat the tubes with the element iridium. They then heat and curve them to create a spherical shape that can concentrate the X-rays into a singular point.

As an added benefit, many of these tools are much lighter and smaller than traditional X-ray instruments. They’re therefore easier to incorporate into multi-instrument missions.

Some proposed projects will analyze far-off phenomena to get a better sense of the universe beyond our galaxy. In 2018, a group of researchers at NASA Goddard proposed using lobster eye optics on a transient astrophysics observer (a wide-field robotic telescope). High-energy events, like the merging of neutron stars, often produce X-ray afterglows, as well as gamma-ray bursts and gravitational wave signals. This instrument, and others like it, could scan the sky to find locations with significant X-ray emissions or sources of gravitational waves. This would help other observatories by providing them with a closer look.

Other projects take a more local focus: For instance, STORM, which is still seeking NASA approval, is planned to orbit halfway between the Earth and moon. The lobster-influenced telescope will capture images of the solar wind-magnetosphere interactions on a minute timescale. This marks a massive improvement from previous spacecraft, which could take up to 12 hours to generate a single image.

Meanwhile, a team from the University of Leicester created an optics instrument made of more than a thousand tiny square cells to study X-ray emissions from Mercury. This spectrometer, called MIXS, is part of a European-Japanese mission that is now en route to the Swift Planet. It’s on track to arrive in 2025.

Porter says that the number of applications for lobster-based instruments have accelerated in recent years. As projects receive funding, lobster eye instruments may become a key tool in our quest to better understand the vast, mysterious universe.