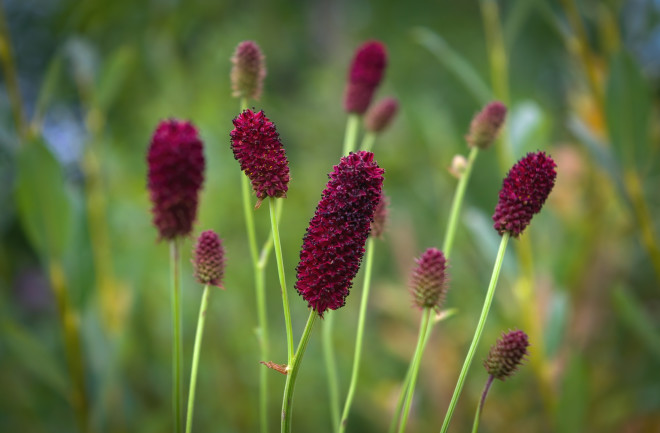 In the last years of his life, Charles Darwin was tormented by an apparent challenge to his theory of evolution by natural selection. It came in the form of a flower — or, more precisely, the flowering plants that seemingly evolved like lightning and stormed the planet in the Cretaceous period, founding a lineage that now accounts for 90 percent of the world’s plant species.

Flowering plants, or angiosperms, aren’t just the tulips and peonies in your garden: They encompass grasses, broadleaf trees and virtually all crops. “They define our ecosystems, they make our food, they make our drugs, they form the ecological niches for animals,” says William Crepet, a plant biologist at Cornell University. “They are extremely important.” Yet scientists still debate how they grew so spectacularly diverse and ecologically dominant.

Darwin’s main complaint was that angiosperms seemed to have exploded across the landscape abruptly after their first appearance in the fossil record, in conflict with his slow-and-steady conception of evolution. In letters to his colleagues, he deemed it an “abominable mystery.” They may have evolved more gradually after all, according to recent research, but that fact does little to elucidate their success since.

“When we can’t make those links, that’s the frustration,” says Jonathan Davies, an evolutionary biologist at the University of British Columbia. “Darwin knew there must have been a reason that angiosperms became so dominant, but he couldn’t explain it. We still haven’t explained it.”

For hundreds of millions of years, the fantastic ancestors of club mosses ruled the Earth’s forests, along with the gymnosperms, whose most widespread modern representatives are the conifers. Sometime in the middle Cretaceous, not long before the extinction of the dinosaurs, flowering plants uprooted the vegetal order. Today they number perhaps 350,000 known species, while there are only around 1,000 species of gymnosperms.

Conifers have certainly retained their power in some environments: Think of the boreal forests that encircle the far north — thousands of miles of spruce, fir and pine with hardly a flower in sight. “But,” Crepet says, “they occupy much less space than the angiosperms, they have far fewer species, and consequently there’s less variation.”

How did they overrun so much of the world? Most experts agree there’s likely no single magical trait, but one long-popular theory points to their defining feature: the flower, and the complex relationship it sparked with insects. Because flowering plants are often pollinated by a single insect, they exist in reproductive isolation — one of the main drivers of speciation.

The idea has weaknesses, though. For example, Amborella (the only known member of one of the earliest angiosperm groups) had flowers, but it never diversified like its cousins. “For whatever reason, that flower didn’t help it,” Davies says. “Maybe the flower was necessary, but not sufficient.”

Decades ago, Crepet was initially swayed by the above hypothesis. “I still think it’s one of the most important factors,” he says, but in the years since his mind has opened to others. As mammals became more prevalent, eating and dispersing seeds, they too would have contributed to speciation. And the angiosperms, unlike most plants, live at a brisk pace — many germinate, grow, flower, and create offspring all in a single season. “They can reproduce faster and therefore be more responsive to natural selection,” Crepet says. “They can evolve relatively rapidly.”

The Fitness of Flowers

Another line of thinking centers on the physiological advantages that angiosperms enjoy. Compared with gymnosperms, they essentially make better use of the resources in their surrounding environments. That may also explain why they falter in conifer country, which is characterized by poor soil and low temperatures. It’s only in nutrient-dense terrain, where their design enables them to take in more water and carbon dioxide for photosynthesis, that flowers outdo the rest of the plant kingdom.

Kevin Simonin, a plant biologist at San Francisco State University, argues that flowering plants were helped along in this resource acquisition by a sudden downsizing of their genomes — the complete set of DNA that an organism stores in each of its cells. With less genetic material taking up space, they were able to cram more small cells into their bodies, and therefore more pores to absorb carbon dioxide and veins to transport water.

“They have basically more currency to spend on other things,” Simonin says. “Those extra resources can be put toward growth, reproduction, defense — things that would put you at an advantage over a neighbor who doesn’t have the same capacity.” He notes, however, that this is only “another piece in the many nuances that have made angiosperms successful.”

Each flowering plant species can be seen as a lottery ticket, Davies says. Somehow, this branch in the tree of life wound up with a whole lot of them, and that improves the odds that at each evolutionary turn they will hit the jackpot — that somewhere in the menagerie, one or another plant will be the best suited to fill whatever ecological niche happens to open. “As the environment changes,” Davies says, “you always have a few lineages that are ready to go.”

This versatility has clearly benefited the angiosperms. But the obvious next question is why, with their mountain of tickets, they haven’t drawn one that will grant them access to those vast swaths of cold, infertile land where gymnosperms thrive.

It likely has to do with the “tropical niche conservatism hypothesis,” which states that it's especially difficult to evolve resistance to cold temperatures. “That’s a really hard environmental hurdle to overcome,” Davies says. “Perhaps angiosperms haven’t bought enough lottery tickets.” Perhaps they’ll find a foothold in the boreal expanse yet. Just give them another 50 million years.

By then, though, it’s just as likely that some dark horse will overtake them and the gymnosperms both. “Maybe the angiosperm day is right now,” Davies says. “They’re hitting their sweet spot.” But as the environment shifts, favoring certain traits today and others tomorrow, we might see an entirely new form of plant life eclipse the current contenders. In fact, he adds, “We will. Inevitably.”