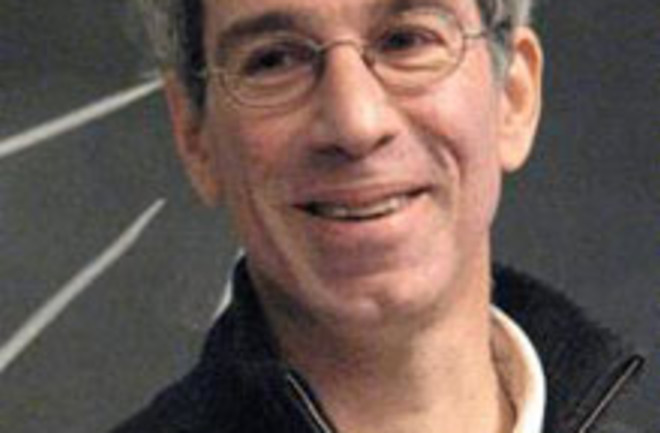 Marc Abrahams enjoys writing operas, but until a few years ago had never even been to one. Abrahams is the editor and co-creator of the Annals of Improbable Research, the science humor magazine that gave birth to the Ig Nobel awards, a marvelous celebration of quirky but intelligent scientific breakthroughs. For the last 15 years Abrahams has been tasked with writing a scientific opera for the ceremony. This year's theme was bacteria, so naturally Abrahams wrote an opera about the bacteria living on a woman's tooth, and their (eventually tragic) efforts to escape. The video of this year's Ig Nobel ceremony is below (skip to the following times to view the four acts of the bacterial opera: Act I at 54:30, Act II at 1:07:20, Act III at 1:29:10, and Act IV at 1:52:00). Discoblog talked with Abrahams to get the scoop on the bacterial-opera-writing business. Discoblog: This is the 15th Ig Nobel opera--why did you choose to do operas instead of a ballet, slam poetry session, haiku contest, or something else? Marc Abrahams: In the Ig's second year, we realized that we had this once in a lifetime grouping of people there, and we decided to take advantage of it. One of the things we try to stick in is a public event, done in a different way, that everybody has had to sit through too many times. We’ve had a ballet once or twice, we’ve had a fashion show, and I guess it was about the sixth year we got to an opera. DB: So why does the opera work so well? MA: Well, the brilliant words of course. (laughs) Part of it is we take it very seriously. It’s done by very good performers and staged and put together really well, and people don’t expect that. An awful lot of people who come haven't seen professional opera singers, and when you are in a room with one, it can be quite entrancing and astounding. At the end of the opera, most of the scientists come on and are having the time of their lives doing it. DB: How do you go about writing an opera on a new topic every year? MA: Bacteria was the theme we had chosen for the ceremony, and so I came up with the basic plot of the opera, and then since I don’t know a lot about bacteria myself I started reading a lot and calling up friends and scientists. Originally the bacteria were going to live on somebody’s eyelashes because that seemed a natural place, because they could see what the person would. Then Harriet Provine [microbiologist at Harvard Medical School] almost instantly said, “Well, you know, if you are a bacterium that’s not the place you really want to be living. It’s not moist, there isn’t a lot to eat there.” We decided that the mouth would probably be the ideal place, and that quickly got localized to a front tooth, because then they would have access to the light--all the person has to do is have her mouth open. Hit the jump for the video. DB: Any other interesting stories from this year's opera? MA: At the end of the opera everything goes very bad for the bacteria when the woman wakes up and brushes her teeth. Our opera stage director, David Stockton, insisted that we really ought to stage this with a giant toothbrush and giant dental floss. So we had recruited some people to carry the giant toothbrush on and off the stage. They were rehearsing it over and over in the church aisle for about a half hour, holding up this giant skeleton of what would become the toothbrush and marching back and forth and back and forth until they had this down, and they had very furious looks on their faces, here in this very incongruous setting of the church. But then it comes together the night of the show, especially for me, who wrote these words, watching all this magic happen with these beautiful voices and this great pianist and all this staging and the scientists. Watching them get swept up in this stuff, literally in a couple of cases--because a couple of them grabbed brooms, and at the end of the opera when it’s talking about sweeping away all the old life they were scrubbing that stage and bouncing with excitement. DB: So they seemed to like being bacteria? MA: They appeared to like it quite a bit, they didn’t even seem to mind that they died suddenly at the end. Apparently most people really enjoyed being able to be on stage and do a good death scene. DB: A lot of what the Annals of Improbable Research does is quirky, but what do you hope people take from the opera? MA: I hope that at least some of the people who see it or hear it will maybe spend a minute going and googling bacteria, or any of the words they hear in there. And if a couple of them get intrigued to the point where they go and read an article somewhere, or pick up a book, or maybe best of all they go talk to someone who works with bacteria, and get some of the juicy stories about it--if even a little bit of that happens, I’m going to be very, very happy. DB: Are you planning any repeat performances? MA: I’m hoping for a performance of this opera at some meeting of microbiologists, biologists, or doctors. I would really like to see this bacterial opera get some more performances. Related content: Discoblog:Ig Nobel Awards Honor Pioneering Work on Bat Fellatio, Whale Snot, & More Discoblog: Crunchy Chips and Smart Slime Mold Win 2008 Ig Nobel Prizes Discoblog: Trippy Lunar Opera: Haydn at the Hayden Planetarium Discoblog: NCBI ROFL: Opera makes me want to kill myself.