How Advanced Are We Earthlings? Here's a Cosmic Yardstick 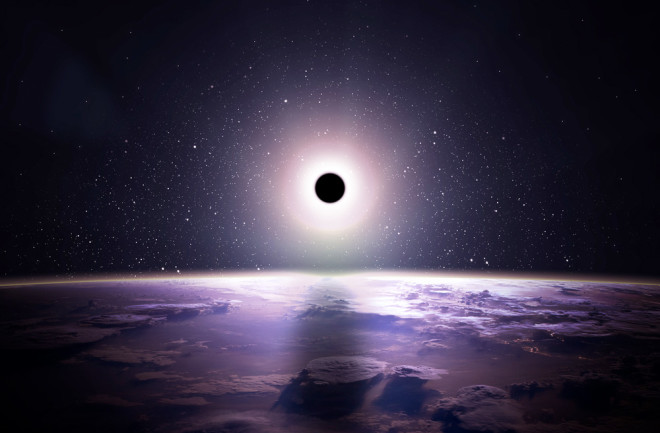 We humans like to think ourselves pretty advanced – and with no other technology-bearing beings to compare ourselves to, our back-patting doesn’t have to take context into account. After all, we harnessed fire, invented stone tools and the wheel, developed agriculture and writing, built cities, and learned to use metals.

Then, a mere few moments ago from the perspective of cosmic time, we advanced even more rapidly, developing telescopes and steam power; discovering gravity and electromagnetism and the forces that hold the nuclei of atoms together.

Meanwhile, the age of electricity was transforming human civilization. You could light up a building at night, speak with somebody in another city, or ride in a vehicle that needed no horse to pull it, and humans were very proud of themselves for achieving all of this. In fact, by the year 1899, purportedly, these developments prompted U.S. patent office commissioner Charles H. Duell to remark, “Everything that can be invented has been invented.”

We really have come a long way from the cave, but how far can we still go? Is there a limit to our technological progress? Put another way, if Duell was dead wrong in the year 1899, might his words be prophetic for the year 2099, or 2199? And what does that mean for humanity’s distant future?

The answer to that question, in part, hinges on our longevity as a species. To advance far ahead in science, technology, and the wisdom to use them, we need time.

The history of life on Earth is a history of extinction, and despite the advances we’ve made to date, we’re still quite vulnerable, both to nature and to ourselves. Thus, the measure of how advanced we are, and how advanced we might someday become, is linked to our ability to avoid extinction.

With that in mind, Carl Sagan used to say humans are in a period of “technological adolescence.” We’re developing great physical powers, and depending on how wisely we use them we could mature into a species with a reasonable chance of reaching old age. Or, we’ll destroy ourselves because our technology has advanced more rapidly than our wisdom, or succumb to a natural disaster because our technology has not advanced quickly enough.

When he coined the term in the 1970s, Sagan had a very current existential threat in mind: the combined nuclear arsenals of the US and USSR, approaching about 50,000 weapons at the time. Stockpiling more weapons, Sagan said on several occasions, was like collecting one match after another, not realizing that we’re surrounded by gasoline fumes. Though now that number is on the decline, the danger from these weapons is still grave, and stories of close calls over the decades tell us how lucky we’ve been.

But luck doesn’t keep a species around indefinitely. Sagan was deeply worried that we might not mature fast enough to escape destruction by our own hand; in his Cosmos TV series, he imagined an ET encyclopedia of planets listing our species with a 40 percent survival probability over the next 100 years. But he also was also a situational optimist, confident that expanding our knowledge of the cosmos, and someday learning that we’re not alone in it, could make us a lot wiser – and improve our chances of survival considerably.

“A single message from space will show that it is possible to live through technological adolescence,” Sagan wrote in Smithsonian Magazine in 1978. “It is possible that the future of human civilization depends on the receipt of interstellar messages.”

Putting a Number on It

Other scientists have tried to define our level of advancement in a semi-quantitative way using what’s called the Kardashev Scale, which considers a civilization’s energy consumption. The scale is named after Soviet astronomer Nikolai Kardashev, who 50 years ago proposed an extraterrestrial civilization scale consisting of three types of energy-harnessing capability.

Currently, we harness a substantial fraction of that amount we’re estimated to be nearly 75 percent of the way toward using that amount of power (based on an extrapolation of our growing power use that was first performed by Carl Sagan in the 1970s**), so we are not yet a Type I civilization. Kardashev did not include a Type 0 in his original scale, but that’s what we are until we pass the Type I energy threshold, which we’re predicted to do within about 100 years.

Obviously there’s a lot of wiggle room in the designations, since the home planets of other civilizations won’t receive the same amount of starlight energy as Earth does. If Earth were much smaller, or further from the Sun, or if the Sun were less luminous, we could have passed the Type I energy threshold already, not because we’d be any more advanced. Similarly, on a bigger planet, closer to the Sun, our civilization would have a longer way to go to be Type I.

So the energy consumption is merely a guideline, and, importantly, there are other factors. Although we’re approaching Type I energy consumption, we still get our energy largely through dirty, non-renewable means. Furthermore, controlling energy on a planetary magnitude also means controlling the various forces of the planet’s atmosphere, crust, mantle, and core. A Type I civilization can control the weather, influence the climate, and prevent earthquakes and volcanic eruptions, in fact harnessing their power safely. They also are competent in interplanetary travel. Using Star Trek for comparison, humans in that fictional future are well able to do all of these things.

Far more advanced than Type I, a Type II civilization controls the energy of its star, which means they use energy at a magnitude billions of times higher than Type I. They can collect a star’s energy not merely from solar panels on planets, moons, or in space, but they might build a structure, called a Dyson Sphere, that partly or completely surrounds their own or another star to harness the bulk of its energy.

And they’re more mobile. They have interstellar travel that has allowed them to colonize hundreds of star systems. They could avoid extinction from a supernova, or other events that destroy entire star systems, by simply moving away. Star Trek’s humans are interstellar travelers and colonizers, of course, which means they are more than a Type I civilization. But on a ST-The Next Generation episode the Enterprise finds an ancient Dyson structure along with an earlier starship that had crash-landed on it, all suggesting that humans have not yet reached this level of star-harnessing capability.

Furthermore, Type II civilizations can mine and move stars, manipulate black holes, and induce or slow a supernova. This suggests that Star Trek (at least the United Federation of Planets on Star Trek) is somewhere between a Type I and Type II civilization. However certain aliens on the show, outside of the Federation, have definitely reached Type II.

Type III, the most advanced civilization Kardashev described, had powers of a galactic magnitude. Its inhabitants have transgalactic and intergalactic travel and work with energy levels on the magnitude of a galaxy or cluster of galaxies. So they could survive just about anything short of the end of the universe.

Kardashev did not bring his scale beyond Type III, but other people have extended the scale as high as a Type VII. On these higher levels, proposed capabilities do not always coincide exactly from one person’s scale to another, but they all imagine beings with ever-increasing capabilities, such as moving through multiple parallel universes and dimensions, ultimately being able to manipulate all existence. The Star Trek character Q and his people might fit into one of these higher civilization types.

The higher you go, the more the members of the civilization (whether biological or more sentient machines by that point) are effectively deities, which in a way turns the theism-atheism paradigm on its side, inside out, or disintegrates it completely, putting the mortal-to-deity difference onto a sliding scale. The gods lived in the clouds in the minds of our ancestors, and today we cross those clouds routinely. To cave people, we would be gods, despite our vulnerabilities.

The Outlook for Humanity

We sure are vulnerable. But we’ll be significantly less vulnerable once we can safely call ourselves a Type I civilization. What is our progress to this end?

Well, as stated earlier, we’re about 75 percent there in terms of energy. The second aspect, survival, is more qualitative, but there are positive signs. Though we haven’t perfected interplanetary travel, we do have it. We send probes around our star system (and we even have a few on their way into interstellar space). Transporting humans between planets is merely an engineering issue, something we could have done already with sufficient effort and money. Without necessitating any major new discovery, we could build colonies in space near the Earth and moon or slightly further away, keeping at least a few thousand people safe from a planetary disaster, and that could be reality in a matter of decades.

We’re making a little progress with earthquakes, at least learning how to detect them before they strike to give people some warning, although we can’t intervene to prevent them yet. We’re monitoring near-Earth objects like asteroids and at least discussing programs that would be directed at diverting any dangerous body from hitting Earth. And, amazingly, earlier this year researchers in Iceland drilled into magma that was intruding into the Earth’s crust, constituting a major breakthrough toward an ability to harness volcano power. Along with that would come an ability to siphon off the accumulating magma pressure that causes volcanic eruptions.

So our capabilities hint that we are going in the direction of a Type I civilization. Will we get there fast enough? Nobody can say for sure, but it does look hopeful. And when we get there, there will still be quite a lot left to invent.

**Regarding the current level of our civilization as a Kardashev number, I was simplifying in order to keep the post concise. Although Kardashev based his Type I civilization directly on the energy consumption compared with the amount of energy reaching the home planet from its star, the K numbers that we talk about actually come from an equation that Carl Sagan derived by extrapolating and interpolating the numbers from Kardashev’s entire scale. The equation is

where P = power in watts. Based on a planetary power use of 10 terawatts back in the 1970s when Sagan wrote the equation, this leads to

A more recent assessment of planetary energy consumption, published by The Economist in 2008, shows it at 15 terawatts. Plugging that into Sagan’s equation gives a K value of 0.72. All of the sources that I found were based ultimately on the 2008 Economist number, so anything more recent is an extrapolation.

Based on Sagan’s 0.70 along with Michio Kaku’s estimate that we’ll be Type I in 100-200 years, and the fact that our energy use continues to rise faster and faster, I used 0.75 to be approximate and rounded off, but to be precise we’re somewhere between 0.72 and 0.75.