Hillary Clinton Week at the Intersection 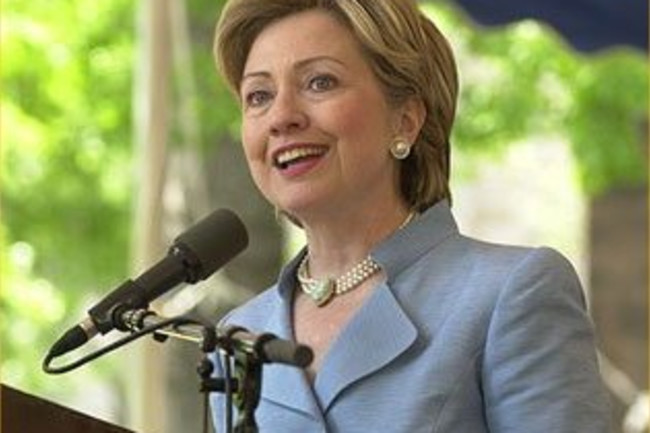 So: Sheril and I have decided to do something special this week. You see, as the author of a recent Seed cover story on how the presidential candidates need to demonstrate scientific leadership, I was pleasantly surprised to find Hillary Clinton seize this very issue last week, with an inspiring speech and the release of a detailed list of policy proposals. Both bear further analysis...and that's what we're going to be doing here this week. Point by point, if you will. True, Sheril is still allowed to blog about other stuff, and so am I. But as we swing into full campaign season, we couldn't think of a better way than to start seriously parsing and reacting to the candidates' science policies. So here goes...Sheril's first post will be coming along soon, and my analyses will be following on that.

P.S.: In the meantime, how money was Hillary's answer to a New York Times question about evolution?

In the telephone interview after the speech, Mrs. Clinton also tacitly criticized opponents of evolution. Some of the 2008 Republican presidential candidates have said flatly that they do not believe in evolution, while other Republican contenders have said they support teaching evolution, intelligent design and creationist ideas. "I believe in evolution, and I am shocked at some of the things that people in public life have been saying," Mrs. Clinton said in the interview. "I believe that our founders had faith in reason and they also had faith in God, and one of our gifts from God is the ability to reason." "I am grateful that I have the ability to look at dinosaur bones and draw my own conclusions," she added, saying, too, that antibiotic-resistant bacteria is evidence that "evolution is going on as we speak."