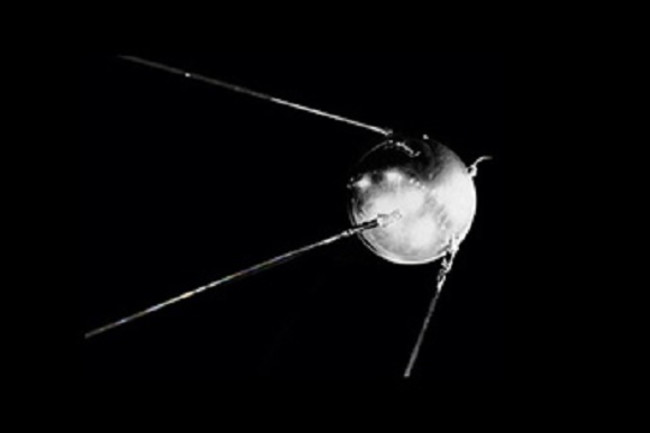 When the Soviet's launched humanity's first satellite, Sputnik 1, it caught the rest of the world by surprise. (Credit: NASA)

[Words heard round the world on October 4, 1957: "Beep. Beep."] Fifty years ago today, the Soviet launch of Sputnik changed the United States forever--propelling science to the center of policymaking and launching a tradition of well-informed governance that, unfortunately, has since been in a woeful decline. Luckily at least one presidential candidate wants to do something about it: Hillary Clinton, who will be giving a speech today on science policymaking at the Carnegie Institution. According to the AP she plans to unveil the following proposals:

_ Expand human and robotic space exploration and speed development of vehicles to would replace the space shuttle. _ Launch a space-based climate change initiative to combat global warming. _ Create a $50-billion strategic energy fund to research ways to boost energy efficiency and reduce reliance on fossil fuels. _ Comply with a legal requirement that the executive branch issue a national assessment on climate change every four years. She would also expand the assessment to reflect how U.S. regions and economic sectors are responding to the challenges posed by climate change. _ Name an assistant to the president for science and technology, a position that was eliminated in the Bush White House. _ Re-establish the Office of Technology Assessment.

Cool, huh? Unfortunately I'll miss Hillary's speech--Mooney and Nisbet are off to Seattle for this talk. But if you want to get a sense of just how bad the science policy gap is that Hillary hopes to fix, check out this Al Jazeera segment, featuring yours truly, on Bush's gambling of the planet...