Genetic information extracted from 12 ancient people buried in the San Francisco Bay Area is providing new evidence of what the unrecognized Muwekma Ohlone Tribe has known all along. 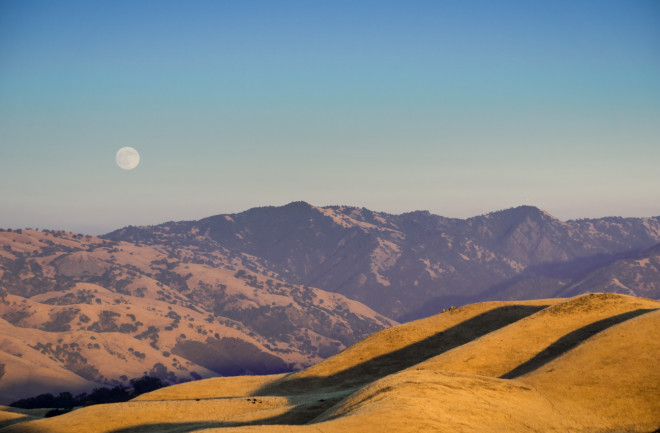 The hills and valleys of Ohlone Regional Wilderness in the Bay Area, viewed from Mission Peak. (Credit: Sundry Photography/Shutterstock)

The DNA of ancient people buried in the San Francisco Bay Area has long waited for the chance to confirm what the Muwekma Ohlone Tribe’s modern-day members already knew: Their ancestors resided there for millennia. Researchers recently reconstructed the ancient genomes, as reported in the Proceedings of the National Academy of Sciences, verifying that the tribe’s connection to the area indeed goes back at least 2,000 years.

“It seems like the Ohlone community has been in the San Francisco Bay Area a lot longer than was hypothesized in the scientific literature,” says Ripan Malhi, a molecular anthropologist at the University of Illinois Urbana-Champaign and corresponding author of the new study. The research also gives weight to the connection present-day Muwekma Ohlone people have with their ancestors — a link that has been denied for decades.

It would be an understatement to say that many Indigenous communities in the Americas have struggled over the past few centuries. But the Muwekma Ohlone Tribe has faced an added challenge: proving that they exist at all.

Tribal tradition holds that the Muwekma people have always lived in the Bay Area, dating back to their own spiritual creation. But the more recent history of the group, at least the version told by anthropologists of the past century and even the U.S. Bureau of Indian Affairs, has been that even if the Muwekma did once exist, they no longer do. “This is a legacy of colonial systems,” says Alan Leventhal, an anthropologist at San Jose State University who worked with the Muwekma Ohlone Tribe for four decades but was not involved in the recent research.

In the mid-1850s, after California became a state, its governor declared war against Indigenous peoples. The state subsidized militia activity to the tune of $1.29 million (more than $47.5 million in today's dollars) and the Muwekma Ohlone Tribe quickly shrank due to colonial violence and other factors. Over time, some of its members had children with non-Indigenous peoples as well.

Then, in the early 20th century, anthropologist Alfred Kroeber wrote a number of publications on California’s Indigenous groups. He determined that the larger linguistic and cultural group known as the Ohlone, or the Costanoan, was all but extinct — and for decades, other scholars embraced that fallacy. “The Ohlone are a landless tribe," explains Malhi, "even though their traditional territories in the San Francisco Bay Area are the territory of their ancestors."

The tribe has fought to regain federal recognition since losing it in the 1920s alongside dozens of others in California. One federal case in 2011 denied its petition on the grounds that having descendants of a tribe is not proof that a tribe still exists: “The Muwekma thus needs to demonstrate it did not cease to exist after 1927,” U.S. District Judge Reggie Walton wrote in a court document.

In 2014, the San Francisco Public Utilities Commission, hoping to build in an area where earlier surveys had found fragments of human remains, helped fund research to learn more about the graves believed to exist there. The Muwekma Ohlone Tribe — the probable descendants of the buried people —  requested that the Far Western Anthropological Research Group conduct multiple archaeological tests, including a DNA analysis, to prove this suspected ancestry.

The excavation sites contained 105 adults and children from two different villages, Síi Túupentak and Rummey Ta Kuččuwiš Tiprectak. One village existed from roughly 490 B.C. to A.D. 1775, while the more recent village dated from 1345 to 1839. Malhi and Noah Rosenberg, a geneticist at Stanford University, identified the remains with the best-preserved genes and sequenced a large portion of the genomes of a dozen individuals.

Unsurprisingly, the researchers confirmed that individuals across the two villages had shared genes — but they still wondered at the genetic connection to modern-day Muwekma Ohlone Tribe members, if there was a connection at all. To find out, Malhi and his colleagues ran genetic analyses on saliva samples from eight living members of the tribe. They discovered that although these members aren’t necessarily direct descendants (the analysis simply wasn’t fine enough to determine that), there is definitely a common ancestor of both the modern and ancient groups.

It’s still unclear whether this will help the tribe with federal recognition. “They were exceedingly pleased, but it was something they already knew about,” says Leventhal, of the tribe’s reaction to the study’s results. The trouble is, he explains, the Bureau of Indian Affairs doesn’t recognize DNA as a component of the federal recognition process. But at this point, Congress would have to vote to recognize the tribe — and the DNA could help inform elected officials about the Muwekma Ohlone peoples’ ongoing link to their past.

The genetic evidence helps to “shatter the myths that have been perpetuated and perpetrated by the dominant society,” says Leventhal. The Muwekma Ohlone Tribe also hopes that this research serves as a pilot study to help other tribes become comfortable with working with modern DNA techniques to trace, or ultimately prove, their own ancestry.