Spartans, ninjas and more! Which fighters would you want on your side? 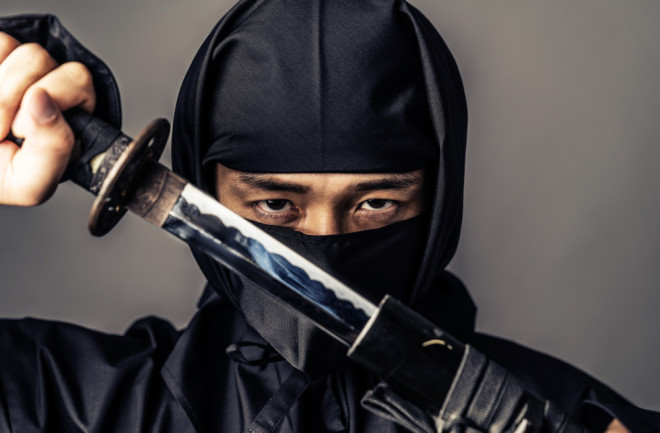 Archeological evidence of warfare dates back about 10,000 years, to the time of the agricultural revolution — when people departed from the hunting/gathering culture and started forming farming communities. The killing of groups by other groups can be traced to prehistoric times, around 9700 B.C. With the emergence of war, a people joined together to fight a common enemy and became warriors. Throughout history, there have been many daring, brutal, and brave warrior societies. Here are five that stand out.

The Maori originated as Polynesian people who settled in New Zealand between the 11th and 13th centuries and make up about 15 percent of that nation’s population today. Historically, they organized in tribal groups and had unique weapons, including the wahaika, taiaha, patu, and their most prized weapon, the mere — a short, tear-dropped shaped sword made of pounamu, a hard stone. But it wasn’t just their unusual weaponry that made them formidable warriors. They had specialized training techniques, such as using strings to straighten their wrists and increase joint flexibility. Another effective strategy they used in battle was a honed ability to keep their eyes focused on the big toe or shoulder of their opponent — which telegraphed the enemy’s next move. Another unusual part of past Maori culture involved cannibalism, with the warriors consuming the bodies of their slain enemies.

From 1206 to 1366, the Mongol Empire controlled the largest contiguous land mass in history. First led by Genghis Khan, Mongol warriors were proficient at using spears, long knives, and daggers. But their main weapon was the composite bow — which allowed them to send arrows twice as far as their opponents. Warriors of this culture possessed a high level of loyalty toward their leaders. This is attributed to a system that recognized and rewarded merit rather than connections, as had previously been the norm, as well as riches and rewards being shared among the fighters. A nomadic people, they were expert horse riders who knew how to live off the land. And although at one point they subjected almost 25 percent of the world’s population, the Mongols didn’t force any conquered people to convert from their religion or abandon all their native customs.

When it comes to medieval Japan, the noble samurai often get all the glory. But it was actually the lower-class ninjas that did the stealthy work of spying and assassination. Samurai hired ninjas to find or plant information or kill an opponent — while protecting their own reputations. The special forces of their time, Ninjas had an impressive and varied skill set, including jumping across obstacles, scaling ropes, disguise and concealment, understanding topography and weather, explosives, and creating poison. They also were masters at their martial arts, later called ninjutsu. Their main weapon was their sword, or katana — but they also relied on daggers, throwing knives and steel throwing stars. With Japan frequently at war between the 1330s and 1600, ninjas were always in demand. By the start of the Edo Period in 1603, the country experienced peace, which over time led to the decline of the ninja.

During the Iron Age, Sparta was formed in Ancient Greece. When the Spartans conquered Messenia they enslaved the people, which were known as helots. Having such a large slave population enabled the Spartans to free themselves from manual labor and to focus on teaching its citizens the art of war. Their system of training, known as the agoge, started for boys at seven and continued until 20. The agoge was deliberately brutal and cruel, with trainees subjected to regular abuse and deprived of adequate food and clothing. Spartan males were required to be soldiers until the age of 60 — and if someone was disabled, which prevented them from fighting, they were mercilessly mocked. The Spartans’ diligent and meticulous training was normally an advantage. However, it ultimately contributed to their downfall. Regimented adherence to their (usually) effective but inflexible style left them incapable of adjusting on the rare occasions their techniques didn’t work. They were eventually defeated by the Theban army, which used innovative and creative tactics that the Spartans were ill-equipped to counter.

The Anglo-Zulu War of 1879 was prompted by the British Empire’s plans to expand their South African colonization by invading Zululand. The Zulu people weren’t professional soldiers, but became strong warriors in order to defend their native land from imperialism. Lacking traditional training, the Zulus compensated with tenacity and courage. They also had an advantage with their inherent knowledge of the terrain. Mobilizing their forces, Zulus between the ages of 19 and 40 created what was essentially a part time militia. Their weapons were primarily limited to spears — one for throwing and one for stabbing. With foresight about the likelihood of upcoming battle, Zulu leader Cetshwayo started collecting muskets and rifles. Unfortunately, the warriors didn’t have training in how to use them. The British finally defeated the Zulus in the Battle of Ulundi. Following Britain’s annexing of Zululand, it was divided up and descended into civil war. Today, the Zulu remain one of the largest ethnic groups in South Africa.