Shocking size for its age is unlike others from the same time period. 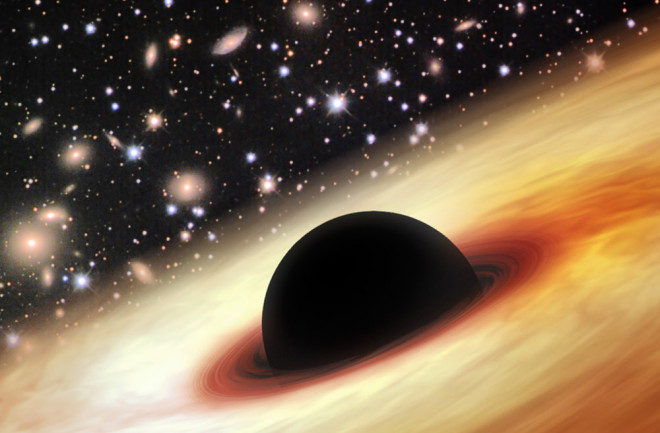 Sometimes black holes just don’t follow the rules. Astronomers announced in February that they found a black hole much bigger than it has any right to be — 12 billion times our sun’s mass, a shocking weight considering its age. The finding challenges theories of how black holes form.

When Xue-Bing Wu of Beijing’s Peking University and colleagues wanted to find the universe’s oldest black holes, they looked for bright old galaxies, since most large galaxies have a central supermassive black hole. When a black hole pulls in nearby stars and gas clumps, the material circles the dark object, like water around a drain. Friction in this disk heats the material, which then glows.

Wu’s team searched archived images of the sky for bright light sources, and after finding a promising one, called J0100+2802, they focused on it with five telescopes. Once Wu’s team confirmed that the black hole was indeed ancient — formed just 900 million years after the birth of the universe — they discovered its outsized weight by analyzing its light.

This supersized black hole is about 10 times heavier and brighter than others discovered from the same time period, says Wu, suggesting it grew extremely rapidly. Theorists are now trying to figure out how.