Failing to Understand Your Target Demographic

Given that no one seems to have told Seattle about the housing bubble or economic downturn, developers are throwing up Hip! New! Condos! all over the metropolitan area. The most heavily advertised are those just north of downtown, in the South Lake Union area, largely because this area is underdeveloped, awash in biotech firms, and the future site of the new Amazon headquarters. Given the neighborhood's demographic, the new condos are naturally targeting high-tech urban professionals who can afford $500K for a one-bedroom loft. Now, if you were marketing condos to someone working in "high-tech", would you then name your condo development this? 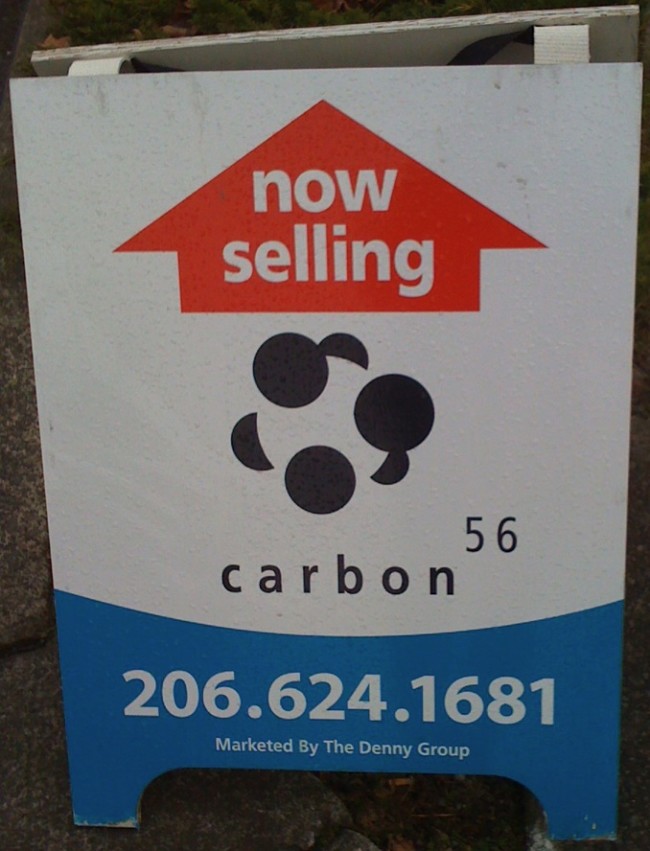 Carbon-fifty-WHA!?!?! Carbon 12, or Carbon 13, now that I'd consider, but 56????? There's no "56" anywhere in the address, or even in the stupid phone number. It's not at the intersection of 7th and 8th (it's near 9th, but 56 isn't even divisible by 9). A bit of web research finally reveals that there are 56 units in the building, but that's hardly reason enough for forcing residents to sound like scientifically illiterate ignoramuses every time they give their address: "Where should you pick me up? Oh, just outside of Carbon-mumble-mumble-mumble...." I just can't wait till they sell all the darn things, because the ads make me flinch.