Evolutionary Insight: Inside the Brains of Reptiles and Amphibians

A series of four studies helps scientists understand the development of different types of brain cells. 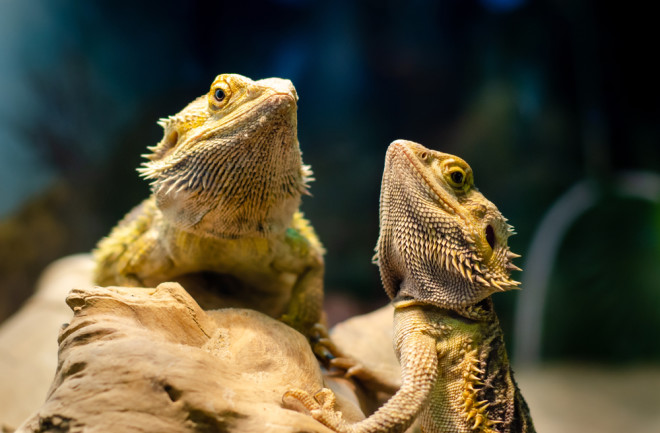 Complex creatures consist of trillions and trillions of cells, and few of those cells appear and act identically to one another. In fact, the small structures that make up an animal’s tissues are specialized. They come in all sorts of shapes and sizes, contain all sorts of structures and perform all sorts of functions.

This diversity of cells didn’t emerge overnight. A series of four new studies published in Science uses the genetic expressions of the different types of cells to better demonstrate their development over time, specifically inside reptile and amphibian brains.

Scientists have long understood that different types of cells exist throughout the body are differentiated by different expressions of genes. But only recent research has begun to unravel the full extent of this diversity. In the past few years, for instance, studies have shown that hundreds of cell types exist even within small sections of the brain of the adult mouse, one of the most common model organisms in all scientific research.

But, despite this progress in discerning the extent of the diversity of cells, the process through which this diversity develops remains difficult to pin down. By studying the genetic expression inside these small structures, scientists have developed a better understanding of evolutionary processes behind cell diversification in reptiles and amphibians, a pair of unusual scientific models.

In the first of the four studies, a team analyzed the genetic expressions of the different types of cells in a bearded dragon’s brain using a method called comparative single-cell transcriptomics. They then used their analysis to create a map, called a cell-type atlas, of the different types of cells throughout the brain of the lizard, which is common to Australia and covered in clusters of spiny scales.

The team compared the cell-type atlas of the bearded dragon’s brain to that of the mouse’s brain, and found that the cell types in broad brain regions correspond to one another. They classified these cells as "conserved," meaning that their expression stays the same over time and across species as a result of natural selection.

That said, comparing the bearded dragon’s and the mouse’s cell-type atlases more closely, the team found several distinct types of cells between the two animals in more specific brain regions. This coexistence of conserved and distinct cell types, the scientists say, indicates that the cells in these areas are plastic, able to change and evolve as time passes.

According to the scientists, the three additional studies only strengthened the first findings. Using single-cell transcriptomics once again, the teams assembled cell-type maps of the telencephalon area of the amphibian brain, particularly that of the axolotl, a frilled aquatic salamander from Mexico. They then used these maps to isolate cells unique to amphibians and axolotls, paying particular attention to the cells involved in brain regeneration after injury. The results once again revealed the ability of brain cells to evolve.

"These studies highlight the potential of applying the powerful transcriptomic methods that are usually reserved for mouse to nonstandard models," conclude Lehigh University researchers Dylan Faltine-Gonzalez and Justus Kebschull in a related perspective, according a press release. "Each of the articles produced massive single-cell and often multimodal datasets and mined publicly available data, showcasing the importance of data sharing and the power of accumulating single-cell data from many species for evolutionary comparisons."