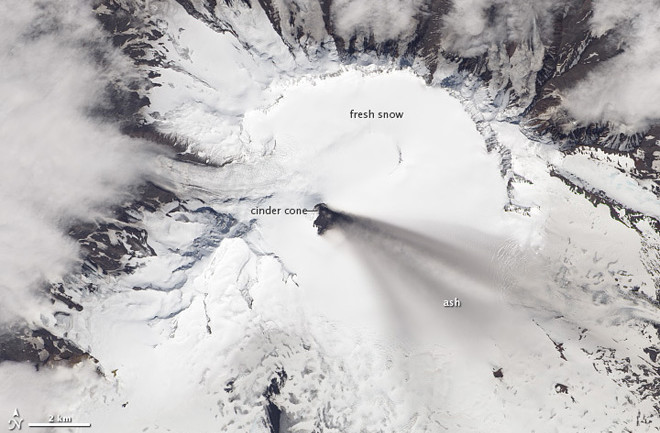 Landsat 8 image of Alaska's Veniaminof, taken July 9, 2013. Image: NASA Earth Observatory/USGS. A few quick tidbits while I'm in Massachusetts: Guatemala It looks like a new strombolian eruption has started at Pacaya on Thursday evening (8/15). Not a lot of information out there about the eruption, but the report from INSIVUMEH mentions a ~500 meter plume that is depositing incandescent blocks on the slopes of the volcano. The Washington VAAC also mentions a hotspot on the volcano starting earlier this afternoon as well. The volcano remains at Yellow Alert status with this new explosive activity and elevated seismicity. AlaskaVeniaminof continues to be active in the Aleutian arc and the latest NASA Earth Observatory imagery (above) captures the small ash plume (and ash deposits) along with the small lava flow that continues to issue from the scoria cone within the main caldera. Veniaminof is the only Alaskan volcano on Orange/Watch alert after Pavlof was reduced to Green/Normal level, signifying the end of the eruption that started there earlier this year.