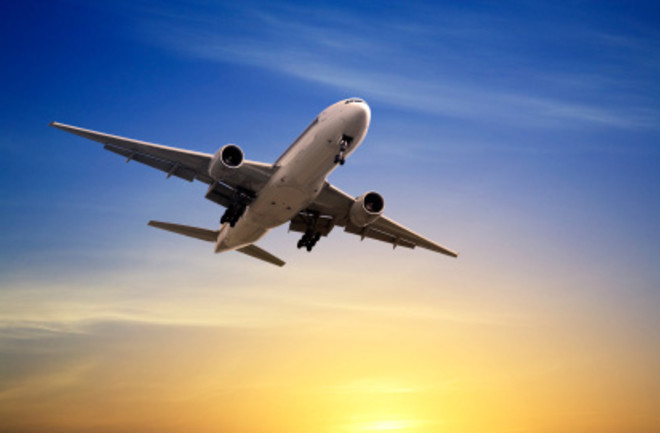 You’re squeezed into a middle seat, two rows from the back of the plane. It’s barely two hours into your cross-country flight, though you’d swear it’s been longer. Does it just seem like the minutes of your trip are crawling by — or does time actually pass more slowly for people who are mid-flight than for people on the ground? Many of us have heard the idea that time doesn’t pass at the same rate for everyone. It’s a common narrative in science fiction, one that has its roots in Einstein’s theory of relativity. The story starts, let’s say, with two twins, one of whom stays on Earth while the other clambers aboard a rocket that’s making a round-trip journey, at a substantial fraction of the speed of light, to a planet in a not-too-distant solar system. When the traveling twin returns to earth, he’s aged more slowly, and now he’s younger than the twin who stayed behind. This familiar — and paradoxical — plotline comes from a particular tenet of relativity theory known as time dilation. It predicts that a fast-moving clock will tick at a slower rate than a stationary one — or, a man on an interstellar voyage will age more slowly than his twin back on Earth. But time dilation also says that velocity isn’t the only thing that affects the rate at which clocks tick, or people age; gravity does, too. A clock in a stronger gravitational field (the Earth’s surface, let’s say) will have a slower tick rate than a clock subject to weaker gravity (such as a few miles up into the atmosphere). Scientists have shown that time dilation doesn’t just happen on near-speed-of-light journeys. Physicist Chin-Wen Chou and his colleagues at the National Institute of Standards and Technology lab in Boulder, Colorado, have used super-accurate optical clocks to show that tick rates change at speeds as slow as 25 miles per hour and height differences as small as a foot. So if time dilation occurs under these everyday conditions, is the slowed-down aging experienced by the space-faring twin also experienced — in a much subtler way — by that more familiar airborne traveler, the frequent flier? A cross-country flight is a slow-moving, brief trip compared to the odyssey of flying off to another planet, sure, but you’re still going a lot faster than someone who’s not traveling at all. People on commercial flights are subject to both predictions of time dilation, Chou points out. They’re going fast, at speeds of around 500 miles an hour, and because they’re about six miles from the ground, they’re also feeling a weaker gravitational pull. So do airline passengers age more slowly, since they’re traveling at high speeds? Or do they age more quickly, since they’re subject to less gravity? Chou did the math, and it turns out that frequent fliers actually age the tiniest bit more quickly than those of us with both feet on the ground. Planes travel at high enough altitudes that the weak gravitational field speeds up the tick rate of a clock on board more than the high speeds slow it down. The difference is so small, however, that even the most tireless jet setters don’t have to worry about extra wrinkles. Consider an extreme case of the commercial air passenger: Ryan Bingham, the constantly traveling businessman played by George Clooney in the movie Up in the Air. By the time Bingham racked up those 10 million frequent flier miles, Chou calculated, he’d aged only 59 microseconds more than his colleagues back in Omaha.