When patients develop oral inflammation from chemotherapy, most experts turn to cryotherapy. However, ice cream might be an easier, more pleasant solution for patients. 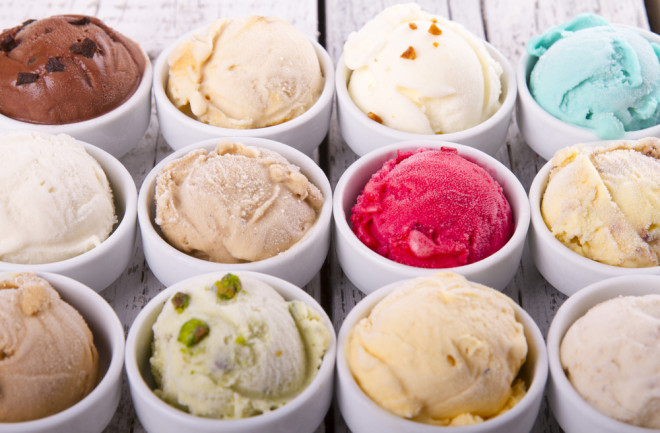 The overall death rate from cancer has been declining for more than a decade as methods to diagnose, treat and monitor the disease are improving. Chemotherapy, a medicine used to kill off cancer cells, is a common treatment. As many as 650,000 cancer patients undergo chemotherapy each year in the United States alone.

And although chemotherapy drugs are effective at thwarting cancer, they’re not always a precise tool. Chemotherapy can also damage healthy tissues, causing a myriad of unpleasant side effects. One of which, is oral inflammation. And researchers are looking into solving this uncomfortable problem with a simple, sweet solution.

Cells in the mouth and the digestive track are particularly vulnerable to chemotherapy-induced oral inflammation. Also known as oral mucositis, the condition is often characterized by ulcers and lesions in the mouth or gastrointestinal system.

Studies have shown that roughly 80 percent of patients who receive high-dose chemotherapy will develop oral mucositis. The ulcers cause acute pain, making it difficult for patients to eat – which, in turn, hinders their chances to recover from cancer.

A paper published in the National Library of Medicine, pooled the findings of 35 different studies to investigate the importance of diet in cancer recovery. It found that a higher-quality diet was associated with a 23 percent reduction in mortality for breast cancer patients, which emphasizes the need to treat oral inflammation.

One way to battle oral inflammation is through cryotherapy. In this process, doctors apply extreme cold to a patient’s mouth during chemotherapy sessions. While cryotherapy can relieve the inflammation, it comes with its own problems and can be just as uncomfortable as oral inflammation. That’s why researchers and oncologists have been on the hunt for alternatives.

Could the simple act of eating ice cream could do the trick? Researchers at the Medical University of Warsaw in Poland looked into this possibility in a recent study, published in the journal Scientific Reports.

The fact that eating ice cream can reduce such a painful side effect to chemotherapy is cause for celebration, wrote the authors in the study. And it should be an easy intervention to roll out at scale.

“The protocol used in our study is simple, easy to implement, cost-efficient, and less burdensome for the patients,” the authors conclude in the study.

It doesn’t particularly matter what kind of ice cream patients eat, either. “For the majority, neither the taste nor the texture of ice cream was important,” says Emilian Snarkski in an article with Science in Poland, a haematologist and one of the study’s authors. “Eating ice cream was simply a good memory.”

That said, while ice cream can make chemotherapy more comfortable, the process can end up ruining a person’s perception of ice cream after the fact. “There were also patients who associated ice cream with the enormous stress,” he adds in the article. “And stopped liking the ice cream.”

Snarkski and his colleagues think their study might be one of the first to examine ice cream’s potential to ease the side effects of chemotherapy and their investigation was small, having only looked at 74 patients. These limitations mean more studies are needed to confirm Snarkski’s findings. But it’s hard to see a downside of eating ice cream during chemotherapy sessions.