Observational astronomy, largely shutdown since March, is getting back to work thanks to slowly declining COVID-19 cases in Chile and new workplace practices. 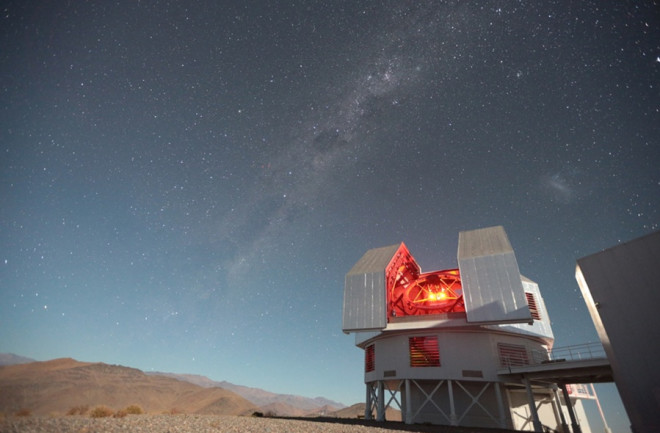 After more than six months of COVID-related closures, observational astronomy is largely getting back to work.

Many of the world’s biggest telescopes have reopened their domes in recent weeks, returning their gazes to the heavens for the first time since the pandemic forced a global shutdown of observational astronomy in March. Other major telescopes expect to reopen soon.

This wave of reopenings was buoyed by declining COVID-19 cases in Chile, especially in the Atacama Desert, a region home to many world-class observatories. U.S. officials who manage telescopes in Hawaii and Arizona say they’re also beginning to resume operations, largely thanks to significant changes in their workflows.

If major observatories continue to come back online — and remain open — it will end an unprecedented dark era in astronomy. After all, even during World War II, America’s observatories kept a close eye on the skies.

Earlier this year, an Astronomy magazine analysis showed that over 100 of Earth’s largest telescopes temporarily shuttered their doors closed due to the COVID-19 pandemic. And by late March, observational astronomy had almost completely shutdown.

The closures reveal a little-realized truth about modern astronomy. Even in 2020, most observatories are not fully automated.

Telescopes have grown dramatically larger and more complex in recent decades. They’ve also been pushed to more remote locations, farther and farther from civilization’s expanding light pollution. Basic tasks like swapping the instruments and cleaning the mirrors on these behemoths can require a small village of engineers, technicians, observers, medics, cooks, groundskeepers, and more.

In Chile, where many of the world’s biggest observatories are now located, the telescopes are so far away from cities that employees can’t just commute to the mountain each night. They have to live on campus part-time. Even the astronomers using the instruments typically travel to the observatories during their awarded observing nights.

This reality forced observatories to shut down in the early days of the pandemic. There was no way to abide by social distancing rules and effectively run the telescopes. In interviews back in March, observatory directors said they expected telescopes to be offline for at least three to six months. And that’s largely how the pandemic played out for them.

A number of observatories did manage to change their workflows enough to feel safe reopening during the summer. And in recent weeks, many of the remaining observatories have likewise reopened.

The only telescopes little impacted were the small, survey telescopes that run robotically, or with minimal support. These scan the skies for transient objects — the field’s term for unexpected and brief astronomical objects and events.

For example, the Catalina Sky Survey in Arizona never stopped searching for asteroids. And astronomers kept the Las Cumbres Observatory network of robotic telescopes hunting for both supernovae and space rocks. Hopefully, that was enough to avoid any major gaps in the observational record.

Luckily for the field, those survey telescopes didn’t pick up any once-in-a-lifetime objects that would leave astronomers agonizing over what might have been.

“I’m sure we've missed a few things,” says John S. Mulchaey, director of the Carnegie Observatories, which runs some of the world’s largest and most historically important telescopes. “But for most of astronomy, you don't miss that much. For those of us studying galaxies in the distant universe, they’re gonna be there next year. They're gonna look the same.”

Mulchaey says he did ponder how tragic it would have been if Betelgeuse went supernova. Early in the year, astronomers were mystified by the behavior of the dying red supergiant star in the constellation Orion.

“That doesn't seem likely, but we haven't had a visible supernova in our galaxy in 400 years or something,” he says.

Early on, astronomers were also worried about their ability to detect potentially dangerous near-Earth asteroids. And new asteroid detections did decline initially, according to Kelly Fast, NASA's program manager for Near-Earth Object Observations. However, as smaller observatories found ways to reopen, those detections eventually started going back up.

“Most stuff that would have been done this year can be done next year,” Mulchaey says. “It means it takes an extra year to get to the answer, but that's not that bad in the scheme of things.”

In Chile, the past month has seen telescopes restart at observatories across the country, including Las Campanas, Paranal, Cerro Pachon, and Cerro Tololo Inter-American Observatory. Other major instruments like the Atacama Pathfinder Experiment, the Gemini South telescope, and Southern Astrophysical Research Telescope have also resumed their operations. Below is a brief summary of the statuses of other notable observatories.

Although not an observational observatory, LIGO, the Laser Interferometer Gravitational-Wave Observatory, was forced to shut down its observing run a month early due to COVID-19. LIGO was planned to be offline for upgrades until 2022, but the pandemic is causing delays that could extend the process even longer. Processing the data from the last observing run is also taking longer than expected.

“There are delays due to supply chain issues, changes in how vendors work, and teams learning to work in a COVID-safe way,” says LIGO spokesperson Patrick Brady. They likely won’t know until next year whether the pandemic has postponed LIGO’s ability to tune back into gravitational waves again.

Even as major observatories continue to come back online, many won’t be operating at 100 percent for the foreseeable future.

Large telescopes often have their instruments changed multiple times a night as they start new observing runs. But observatory directors say that changing instruments just won’t be possible in many cases now, as they’ve had to learn to work with dramatically reduced staff. Sometimes, they even have to find ways for one person to do tasks that would usually take an entire team.

Astronomers no longer physically travel to the telescopes from during their observing nights, either. And public tours have also been canceled, robbing observatories of vital revenue and access to potential donors.

Maintenance has also been delayed. Large telescope mirrors often stretch more than a dozen feet across and sit exposed to the outdoors all night long, gathering dust. That means observatories have to regularly clean and recoat their mirrors, or else they’ll gradually lose their light-gathering abilities.

“One aspect that has suffered at the [Hobby-Eberly Telescope] and other large telescopes is that our mirror cleaning and segment re-aluminization are way behind schedule,” says Steven Janowiecki, an astronomer at the McDonald Observatory who serves as the observatory's science operations manager. “Those processes require people to be in close proximity and have been significantly reduced since March. That will have long term impacts on our light-collecting ability — perhaps 5 to 15 percent — but we'll still be observing."

So, although the observational abilities of major telescopes around the world might remain slightly dimmed in the short term, astronomers and engineers are working hard to get Earth's observatories fully back in the game.